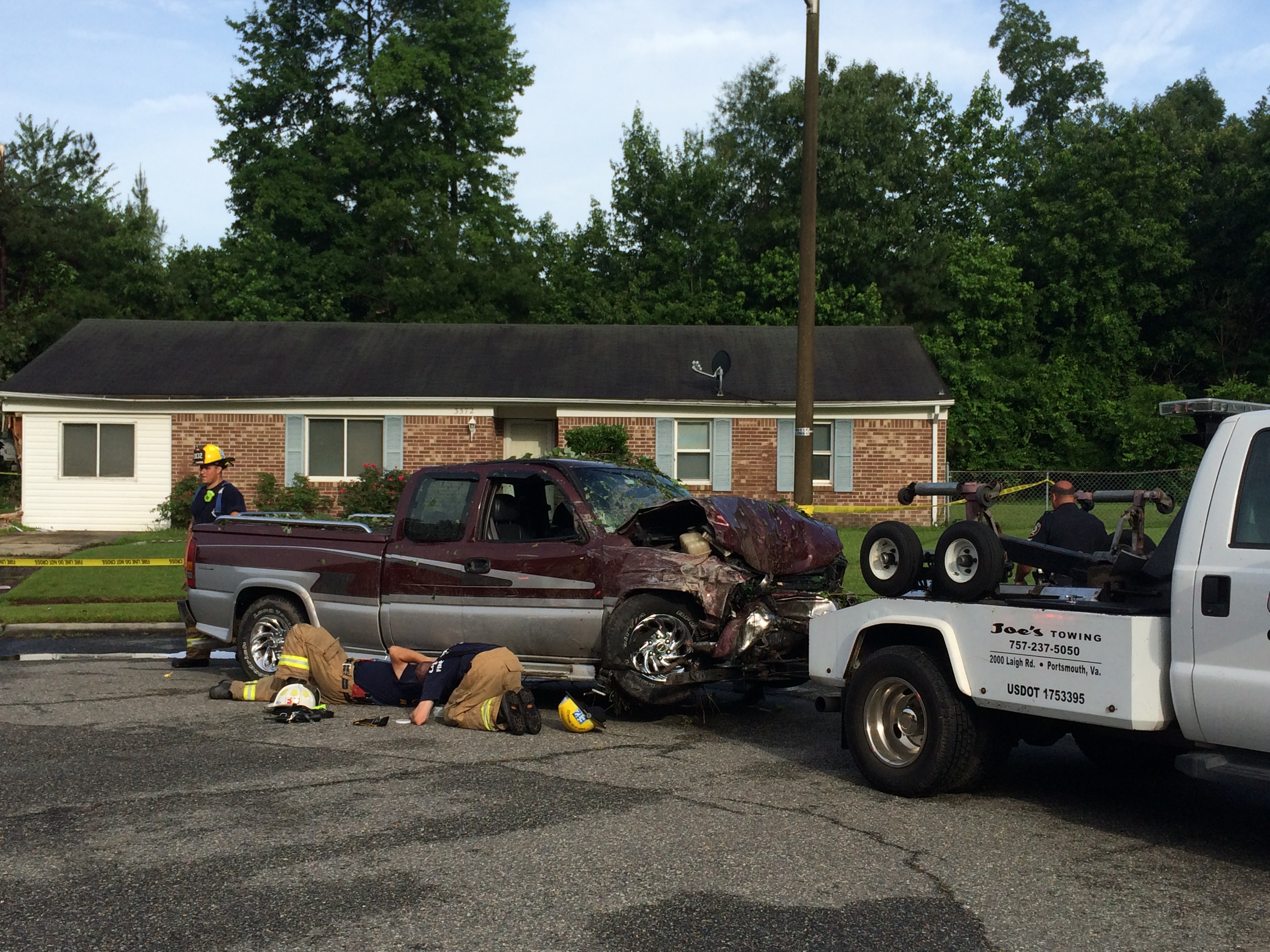 Chesapeake Police say a GMC truck was traveling at a high rate of speed when it hit the corner of the house.

The truck then struck a fence and then came to a rest after smashing into a tree at the rear of the property.

Homeowner Calvin Edwards was on his way to work when Chesapeake Police called him.

“Wow. I mean look where the house is located, you would never think that something like that could happen, but I guess anything can happen,” Edwards told NewsChannel 3’s Todd Corillo.

The driver of the truck, a 72-year-old man, sustained non life-threatening injuries and appears to have suffered from a medical emergency, according to police.

He was taken to Sentara Norfolk General Hospital. His wife tells NewsChannel 3 he should be okay.

Edwards was preparing to sell the house prior to the crash and his family had already moved out, so no one was home at the time.