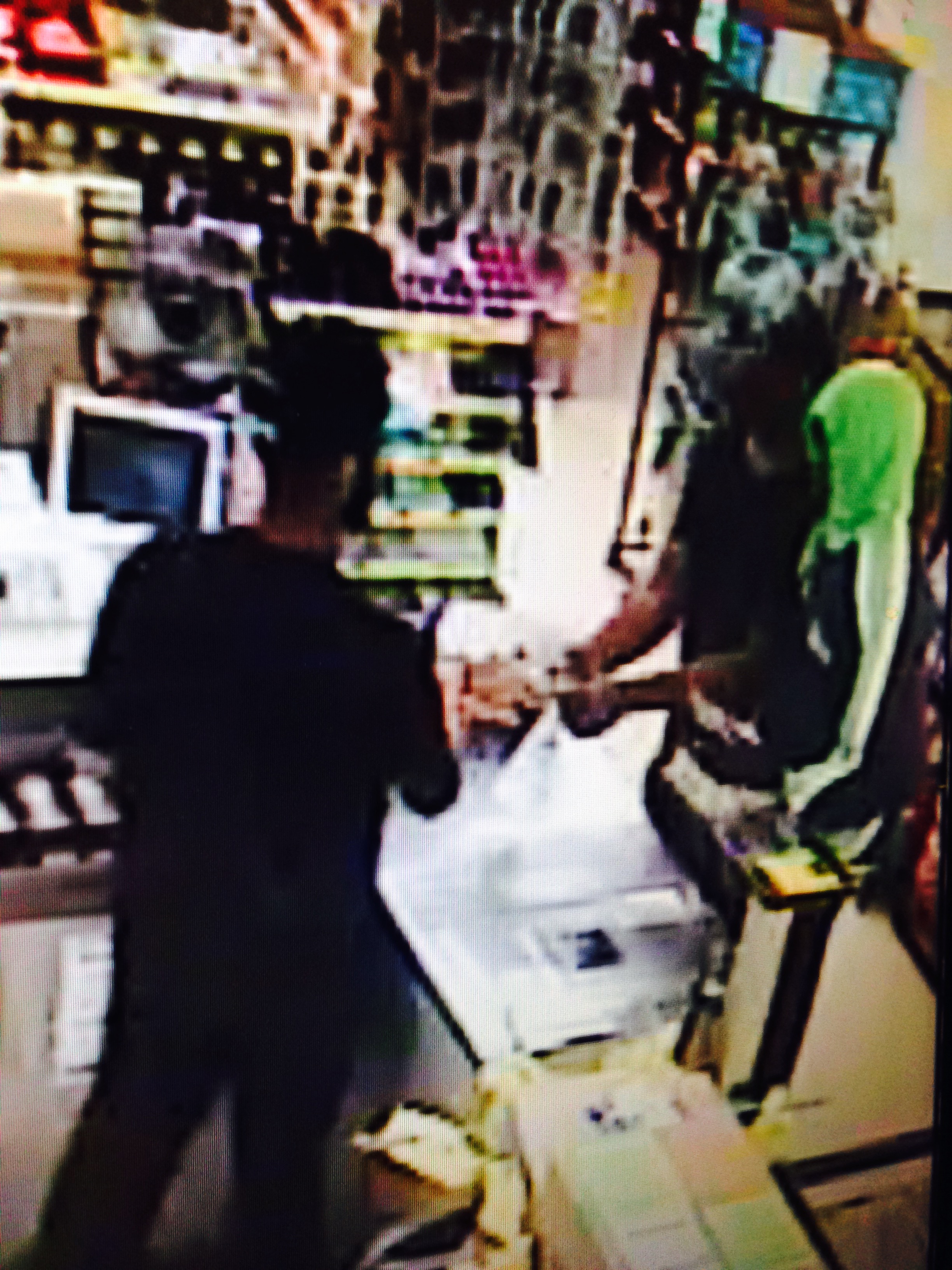 Portsmouth, Va. – Portsmouth Police are investigating an armed robbery that took place Monday night at the Dollar General in the 3900 block of Twin Pines Road.

Detectives say two men entered the store together. One man reportedly distracted employees as the other man implied he had a gun and demanded money.

The employees complied with the demands and the two men ran from the business.

The first suspect is described as a black male who stood between 5’10”-6’1” tall and weighed approximately 140-160 pounds.  He was wearing all black athletic clothing, baseball cap and white sneakers.

The second suspect is described as a black male who stood between 5’10”-6’1” tall.  He was wearing a long sleeve blue and lime green colored Seattle Seahawks jacket, black pants, and black shoes.  He was also armed with a black handgun.

Anyone with information about this incident or who can identify the suspect pictured in the photographs is asked to call the Crime Line at 1-888-LOCK-U-UP℠.