Portsmouth, Va. - A one-year-old boy has died following a shooting that occurred during an attempted robbery Saturday night in Portsmouth, according to Portsmouth Police.

Three people have since been arrested in connection.

Police received a call at 9:28 PM that a male and female had been shot in the 1500 block of Maple Avenue.

"My daughter called me and said that my grandson had gotten shot in the face, so I immediately came here, and they didn't know who it was," says Tonia Hayes. "It was unwarranted they just burst into the house."

"We sat outside on the corner all night long waiting to get back in. I had to go clean my grandson's blood up," says Hayes. "It's like, did this really happen?"

Portsmouth Detectives first said they had charged 18 year-old Anthony D. Holley and 18 year-old Jerry Atkinson, both of Portsmouth, with first degree murder, aggravated malicious wounding, attempted robbery and use of a firearm in the commission of a felony for their involvement with the case.

A third person was later arrested in this case.

Marquis D. Hinton, 18,  turned himself in after he found out detectives were looking for him. He has also been charged with 1st degree murder, aggravated assault, attempted robbery, and use of a firearm in the commission of a felony.

Hayes says her daughter, who was at the home when her son and friend got shot, does not know the suspects.

“They just started shooting and the bullet went through the door through my grandson and out the back wall,” said Hayes.

Holley and Atkinson went in front of a judge Monday and the victim's family members were also in court.

"Just to see the people who did that to my grandson, that was very painful because I'm never going to get my baby back,” said Hayes.

An arrest warrant gave insight into what happened Saturday night on Maple Avenue. It states there was a knock at the door and a man wanted to buy marijuana. That's when the men entered the house asking where the money was according to the documents.

It states a woman ran to a back bedroom and shut the door which is when the warrant states the suspects starting firing shots.

Police said a 25-year-old woman was also shot and expected to be okay. The baby died at the hospital later that night.

Sarah Sutton was shot in the lower back during the shooting and was rushed to Sentara Norfolk.

"There was so much blood," said Sutton.

Sutton said there was blood everywhere after she was shot Saturday night as her fiancés struggled to call 911.

"His phone was so bloody it kept slipping out of his hand," said Sutton.

Sutton said she ran into a back bedroom when she saw men with guns enter her home on Maple Ave.

She just move in 4 weeks ago.

She said she was trying to protect several young children.

Now she mourns the loss of her best friend's baby.

"I was very close to her son.  I used to babysit him for her," said Sutton.  "It hurts me to see my best friend go through what she is going through right now."

Sarah said she's grateful to alive and not paralyzed.  She said the bullet went through her lower back and into her uterus.

But now wants justice for the one year old who didn't get a chance at life.

Now this family mourns. There is a memorial set up in front of the house.

The family wants justice for the little boy who they say was just learning to talk.

Police would not say if they are looking for additional suspects in the shooting, but they do say the investigation is ongoing. 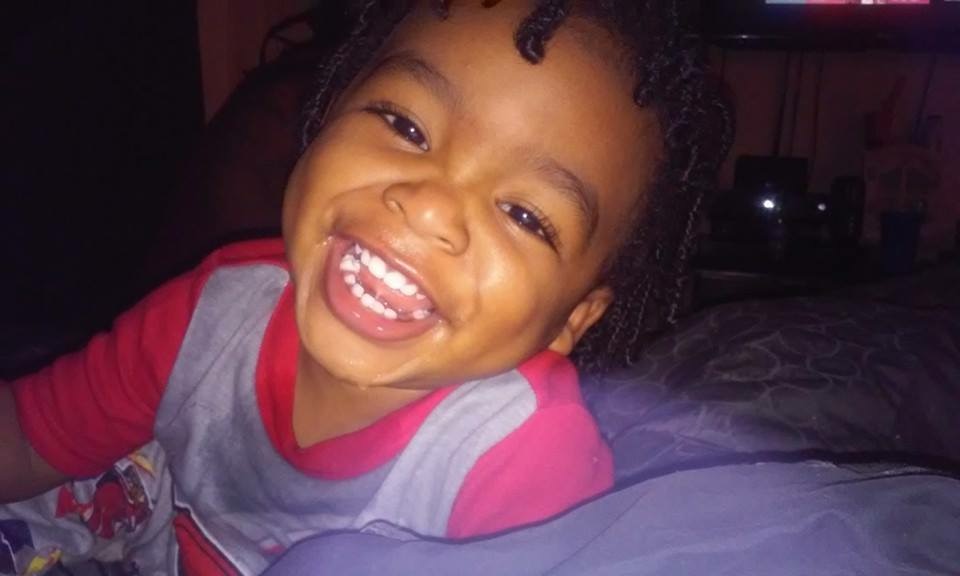