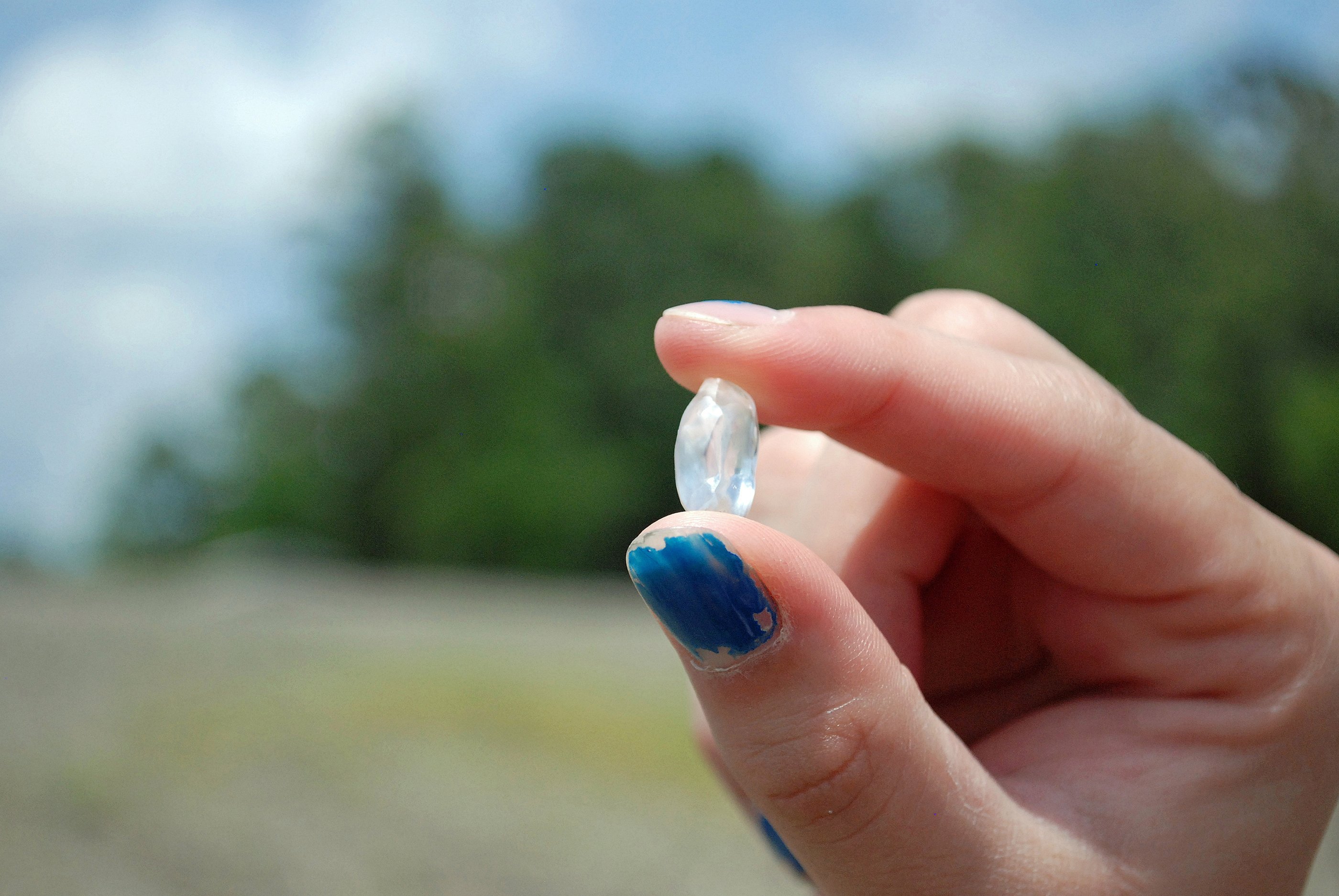 A glistening, white diamond half the size of a quarter was discovered at Arkansas’ Crater of Diamonds State Park on Wednesday, park officials said.

Shaped like an icicle, the 8.25-carat gem is the fifth-largest diamond found by a visitor to the state park since the site was established in 1972.

Park visitor Bobbie Oskarson of Longmont, Colorado, discovered the diamond while digging around the Pig Pen, a 37-acre search field inside the park named for its muddy terrain after rainfall.

At first she thought the diamond was a quartz crystal because of its size and shape, but a park staffer confirmed later that it was indeed a diamond.

“Ms. Oskarson and her boyfriend Travis Dillon saw the Crater of Diamonds State Park on an Arkansas highway map while in the nearby town of Hot Springs and decided to visit the park. And what a lucky first visit it was for her!” park interpreter Waymon Cox said in a press release.

Oskarson named her find the Esperanza Diamond, after her niece, and plans to keep the gem.

More than 30 diamonds have been discovered in the park’s search area this year. Cox said above-normal rainfall this year is one reason for the frequent finds.

“Rain, plus the regular plowing of the search field by our maintenance staff, increases visitors’ chances of finding diamonds in the search area,” he said.

More than 75,000 diamonds have been unearthed in the park since the first diamonds were discovered there in 1906.

The largest rough diamond ever discovered in Crater of Diamonds State Park (and the largest ever found in the United States) is the Uncle Sam Diamond, which was found in 1924 and was a hefty 40.23 carats, according to the park website.

The search area at the Crater of Diamonds, where visitors can hunt for gems, is one the world’s only diamond-producing sites that is open to the public. The park exercises a “finders keepers” policy.

Park staffers help to identify the and register the diamonds, and even provide instructions on how to recognize these precious stones in the rough.

So far this year, 227 diamonds have been registered at the park.