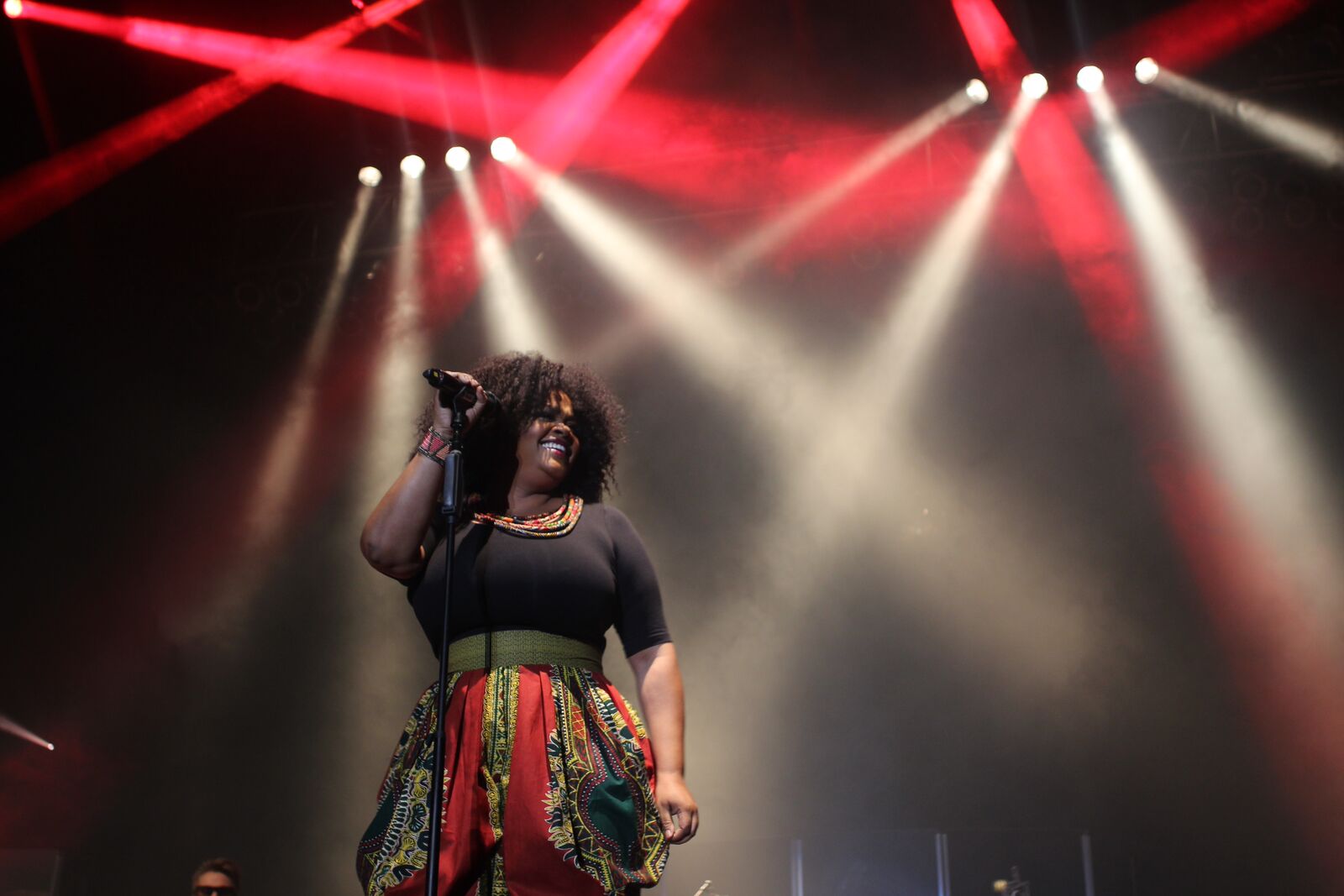 Hampton, Va. – Loyal music fans could barely stay in their seats as some of the biggest names in R & B and Jazz hit the stage for the 48th Annual Hampton Jazz Festival this weekend.

The fun started on Friday with artists including Avery Sunshine, Eric Benet, Trombone Shorty and Orleans Ave and the talented Jill Scott.

Then on Saturday, some of the hottest artists in the business wowed audience members and the line up included Myra Smith, a little old school with The Whispers, Kem lit up the stage with his amazing vocals and the one and only Jennifer Hudson ended the night with crowd favorites.

Of course the music did not stop there.

The party heated up even more on the final day starting with the Unifics who opened up the show on Sunday to a sold out crowd. Next up was BWB featuring the amazing Norman Brown, Kirk Whalum and Rick Braun with their unmatched skills that had fans grooving in their seats.

Finally to end the festival were Fantasia, who won American Idol several years ago and the timeless Frankie Beverly and Maze.

Fantasia, an extremely talented songstress who has been compared to Patti Labelle, took fans on a trip back in time with a few old school hits from Sheila E, Morris Day and the Time, and Vanity 6.  She then blew fans away with her own hits including “Collard Greens and Cornbread” and “Lose to Win.”

Then the party ended with a bang with classic songs from Frankie Beverly and Maze who had audience members jumping out of their seats, hand dancing, two stepping, and singing along. Many wore white attire to match the band.

Each artist not only brought fans an incredible musical treat, they also encouraged them sharing their own life’s lessons and testimonies.

It was certainly a musical celebration unlike any other.