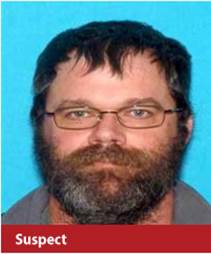 They  are now offering a reward of up to $5,000 for information that could help them find 14-year-old Hayleigh Wilson. They believe she may be with a known sex offender, Benjamin Shook. Marshals believe Wilson may have met Shook online.

Witnesses say they saw Wilson with Shook on June 24th.

Wilson has brown hair, hazel eyes, and she wears glasses.

Shook is a white man who has brown hair, blue eyes and he also wears glasses. He is 6’3 and weighs about 190 pounds. He has a scar on his left leg and several tattoos on his arms, legs and chest. He may not be wearing his glasses.

He is wanted for failing to register as a sex offender.

He was last seen with Wilson near a campground in Sugar Grove, Virginia. An unsuspecting driver dropped them off after picking them up earlier.