Moyock, NC - A home located at 216 Green View Road in Moyock was destroyed by a fire early Wednesday morning, according to Currituck County Emergency Management.

Officials say the fire started in the garage, and the house was fully involved by the fire before spreading to two vehicles. The home and both vehicles were destroyed.

The fire also spread to the home next door, melting the siding off of that home.

Three adults, including Craig Christencen, his wife, and sister, as well as his four young children, lived in the home. All were able to get out safely before firefighters arrived.

"I was sleeping really deeply and I just woke up to beeping... what I thought was a faulty smoke alarm," he says.

"As I got closer to the kitchen I could feel the heat," he says. "I just ran upstairs, got my wife up, got my kids up."

In a matter of seconds, they were out of hte home. And in a matter of minutes, their entire home was swallowed in flames.

The family will not be able to return to their home, have lost all of their possessions and is in need of basic items.

The Currituck County Government has set up a site to promote assistance and donations to the family.

Craig says his church family and neighbors have already sprung into action to help them.

It has not yet been determined what started the fire. 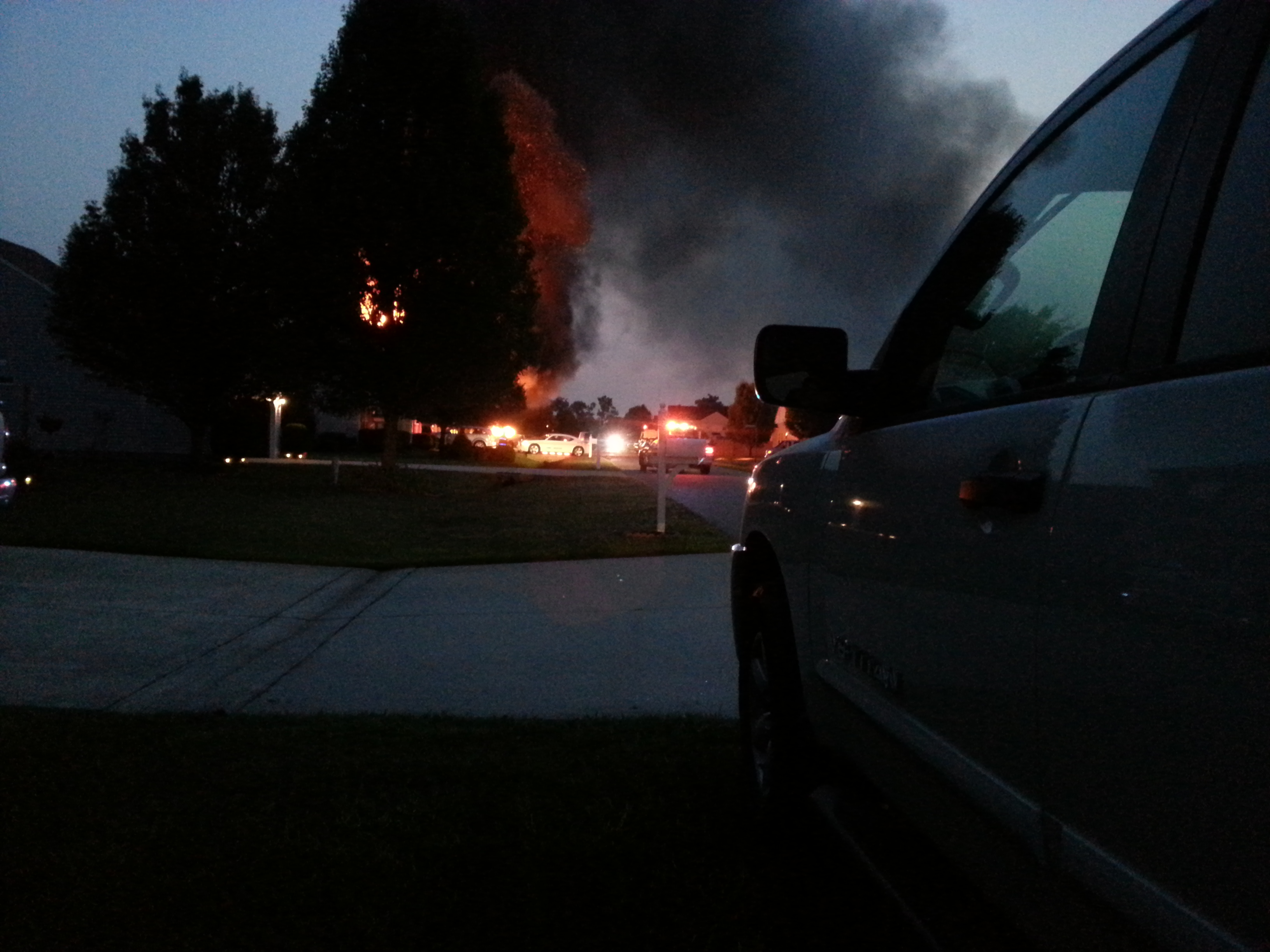