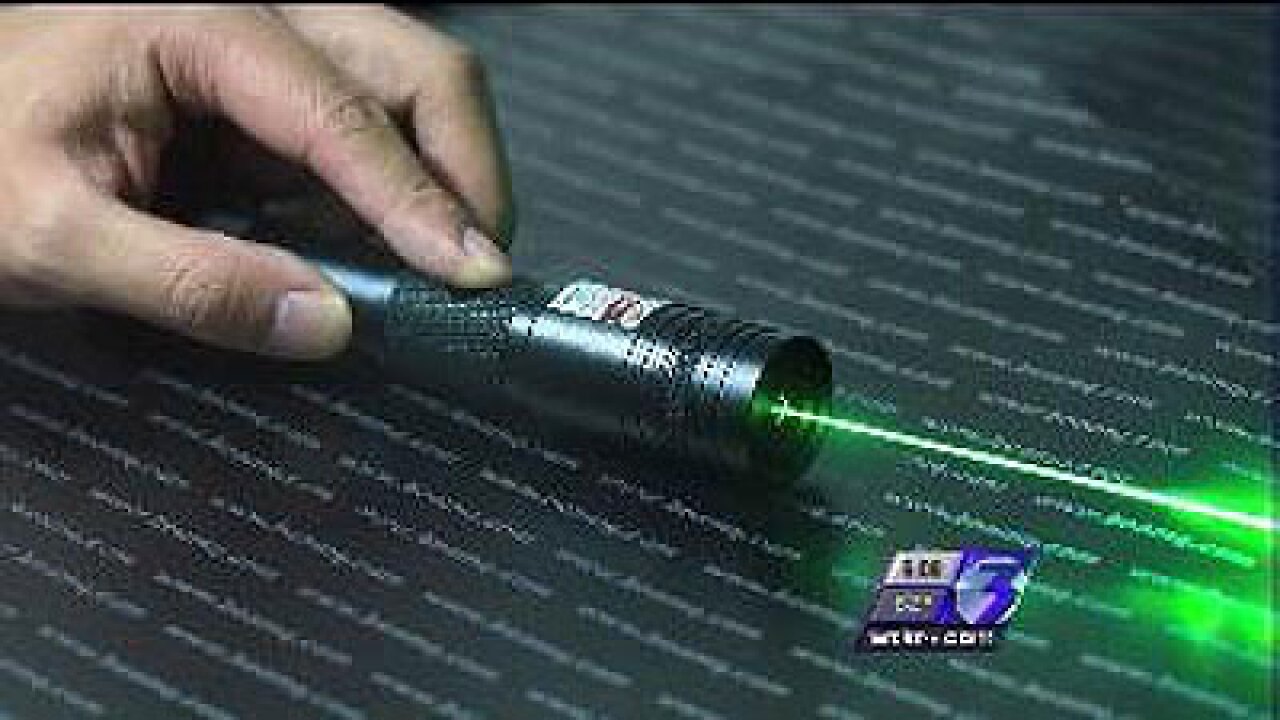 About half of the incidents were close to Newark Liberty International Airport, while the others occurred elsewhere in New Jersey — from Robbinsville, near the Pennsylvania border, to Ocean City, along the Atlantic Ocean in the southeast corner of the state — according to the agency.

Three American Airlines planes were among those affected, as were two from JetBlue and one each from United, Delta and Republic.

Five planes informed air traffic controllers in the Newark Liberty tower “that lasers were being pointed at them” between 10 and 11 p.m. Wednesday, according to Ron Marisco, a spokesman for the Port Authority of New York and New Jersey, which runs the Newark airport as well as Kennedy and LaGuardia in New York.

“The incidents are under investigation,” Marisco said.

So-called laser attacks aren’t unprecedented, but they are on the rise. There were 3,960 such strikes reported in 2013, the FAA says. For comparison’s sake, there were only 283 in 2005.

Part of this stems from the fact that powerful handheld lasers have become more affordable and widespread, with some people making sport of shining them up at passing aircraft.

In fact, the FAA said in February 2014 that such incidents happen an average of 11 times a day. But that’s nationwide, so the 11 reported attacks over New Jersey alone do seem to stand out.

The government has been trying to stop such attacks, with the FBI taking the lead in going after those responsible.

“When aimed at an aircraft from the ground, the powerful beam of light from a handheld laser can travel more than a mile and illuminate a cockpit, disorienting and temporarily blinding pilots,” the Transportation Security Administration notes on its website. “Those who have been subject to such attacks have described them as the equivalent of a camera flash going off in a pitch black car at night.”