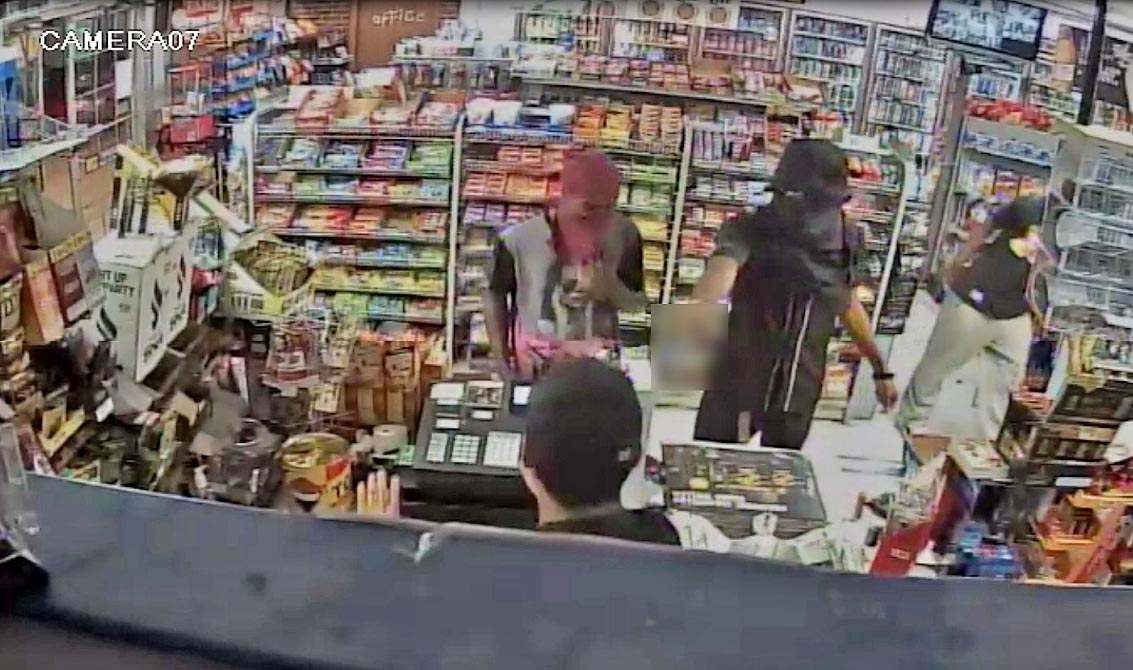 Hampton, Va. – Police are asking for the public’s help in identifying four men who robbed the Foxhill Convenience Store located in the 1st block of Old Foxhill Road on Wednesday night.

The robbery happened shortly before 11:21 p.m. when the four men entered the store wearing masks.

One of the suspects approached an employee and demanded money at gunpoint. After receiving an undisclosed amount of cash and tobacco products the men ran from the store.

There were no customers inside and no injuries were reported during the robbery.

Anyone with information that will assist police is encouraged to contact the Hampton Police Division at 727-6111 or the Crime Line at 1-888-LOCK-U-UP. Tipsters can also send an anonymous tip via text message to the Crime Line by texting “HAMPTONPDTIPS” plus your tip to 274637 (CRIMES). Crime Line callers remain anonymous and never appear in court. If a Crime Line call results in an arrest, the caller is eligible for a reward up to $1,000.00.