UPDATE: The cause of the fire has been determined to be smoking material left on a bed in a third floor bedroom.

Virginia Beach, Va. - Flames were shooting out of the top of the house and smoke was billowing out.  People stopped and ran towards the house.

Large flames and thick dark clouds of smoke tore through the upper level of a Virginia beach home Wednesday evening. The flames were so big they could be seen all the way from the other side of Atlantic Avenue.

According to police, the fire started at the home shortly before 7:30 p.m. Flames engulfed the entire top floor collapsing the roof and eating away all of the siding. This gave onlookers a firsthand glimpse at what crews were up against.

Everyone was evacuated from the home and no one was injured in the fire. As firefighters worked to keep the flames out, neighbors looked on anxiously worried about the other homes located nearby. 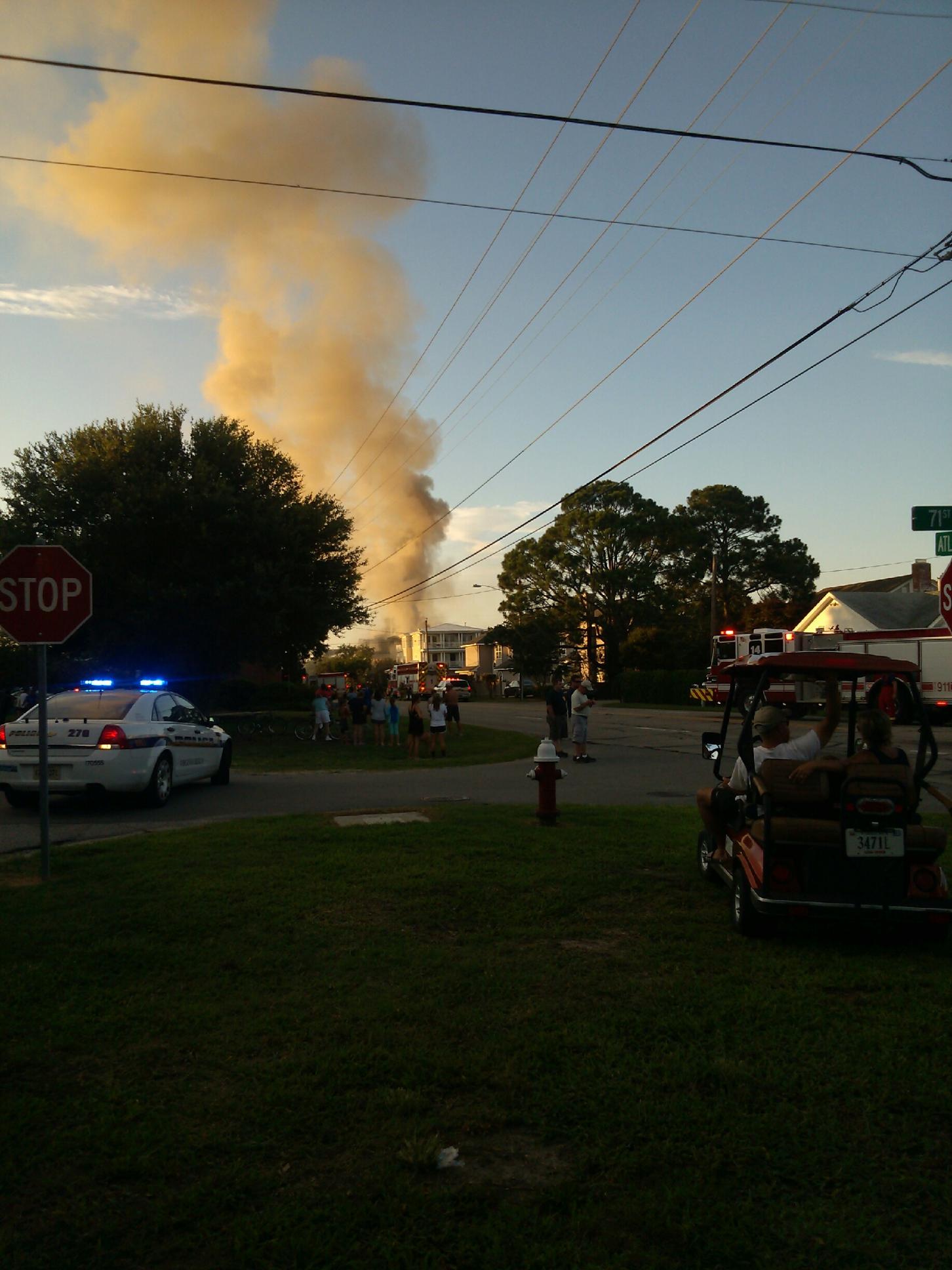