A majority of these turtles were hooked near fishing piers in the Hampton Roads area.

The Virginia Aquarium Stranding Response Program supports the conservation of marine animal species through stranding response, research, rehabilitation, and education. It is predominantly a volunteer-based group operating from the Marine Animal Care Center at the Virginia Aquarium.

The turtles were released along the shore at 31st Street behind Neptune's Park. 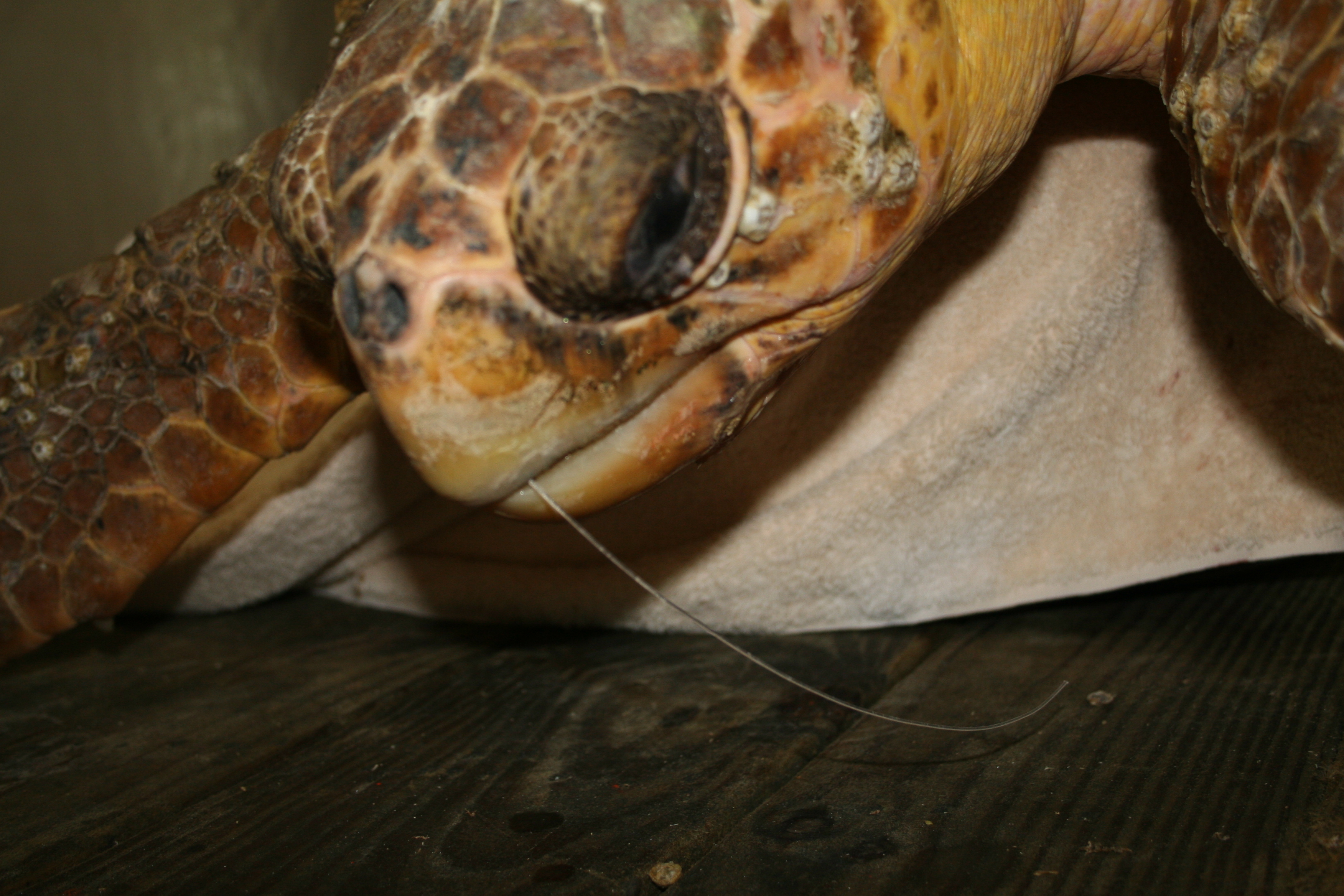 Get to know the turtles:

Pumpkin stranded on November 21, 2014 in Barnstable County, MA. Pumpkin was a cold-stunned turtle that was part of the cold-stun event that occurred in Massachusetts this past winter that resulted in a total of 733 live juvenile Kemp’s ridleys being rescued by the New England Aquarium Stranding Team. Pumpkin, along with 9 other cold-stunned Kemp’s ridleys, were transferred to the Virginia Aquarium for long-term rehabilitation on November 28, 2014. While the other 9 turtles have already been released back in March, Pumpkin needed additional rehabilitation and observation.

Olaf was hooked on June 9 at Virginia Beach Fishing Pier in Virginia Beach. Olaf had 2 hooks in the mouth, but the fisherman removed them without injury at the pier before Stranding staff arrived. Olaf was diagnosed with mild pneumonia based on x-rays and was given antibiotics for the infection. Olaf is now doing well and the pneumonia has resolved. With no remaining health concerns, Olaf is ready for release.

Mickey was hooked on June 10 at Buckroe Fishing Pier in Hampton, along with Dory, another loggerhead released today. The hook was caught in the upper esophagus and Mickey was taken to Beach Pet Hospital for hook removal under mild sedation. Mickey was given antibiotics and nutritional support and is now healthy and hook free.

Dory was hooked on June 10 at Buckroe Fishing Pier in Hampton, along with Mickey, another loggerhead released today. Dory had a hook caught in the upper esophagus and was taken to Beach Pet Hospital for hook removal under mild sedation. The hook in the upper esophagus was successfully removed, but x-rays revealed another older hook that was much deeper in the esophagus and a more complicated procedure would be necessary. In cooperation with veterinarians at NCSU School of Veterinary Medicine, Dory’s 2nd hook was successfully removed under general anesthesia using endoscopic guidance. Dory recovered quickly from the procedure and is now hook free.

Timon was hooked on June 19 at Virginia Beach Fishing Pier in Virginia Beach. Timon was found with a treble hook in the back of the tongue, which was removed under mild sedation at Beach Pet Hospital. Timon was given antibiotics and nutritional support and is now healthy.

Ariel was hooked on July 3 at Buckroe Fishing Pier in Hampton. The hook was superficially caught in the mouth and fell out prior to the response team’s arrival. A full exam, blood work and x-rays showed no other health concerns.

Mushu was hooked on July 8 at Virginia Beach Fishing Pier in Virginia Beach. The hook was superficial in the right front flipper and Mushu pulled the hook out while being transported. No significant injury was sustained and Mushu received some nutritional support.

Sebastian was hooked on July 15 at Virginia Beach Fishing Pier in Virginia Beach. The hook was superficial in the left rear flipper and was removed at the pier prior to the arrival of Virginia Aquarium Stranding staff. No significant injury was sustained and Sebastian received some nutritional support.