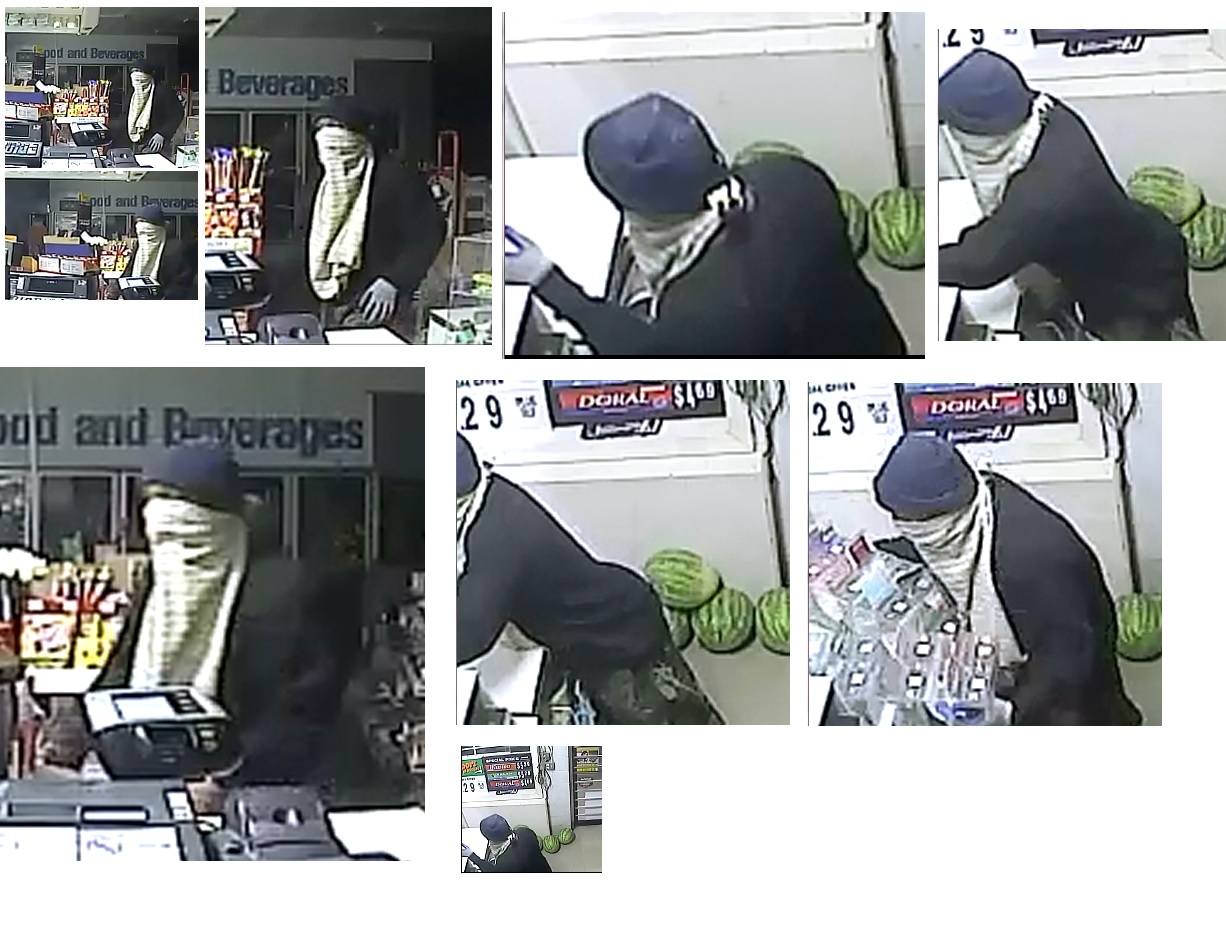 Surveillance video from inside the store shows a lone black man removing items from the store. The man wore a dark blue long sleeve sweatshirt, a dark blue beanie and a white scarf over his face.

Cameras outside the store recorded a second black man with facial hair, wearing a black and white baseball cap. This man is a person of interest, according to the sheriff’s office.

There was also a late model vehicle, believed to be a Lexus, seen leaving the parking lot.

The burglary is possibly related to a number of other similar type burglaries in this area, according to the sheriff’s office

You can report tips on the burglary to the Isle of Wight•Smithfield•Windsor Crime Line in several ways including the new Text method or you can download the TipSoft app:

Text: send your tip to CRIMES (274637) begin your text with the letters IOWCL

Web: go to http://www.tipsubmit.com and choose submit a web tip.

App: you can download the TipSoft app from the Apple iTunes or Android Market