Hampton, Va. – A couple had to be rescued as flames consumed a Hampton home on Wednesday morning.

At around 1:10 a.m., crews responded to the 400 block of Homestead Avenue for a house fire.

When they arrived, they found smoke coming from the back of the house.

They saw a woman standing in a second floor window and they extended a ladder and took her out of the home.

She told them her husband was still inside and firefighters then rescued him as well.

It took crews 20 minutes to put the fire out.

Officials say there were no working smoke detectors in the duplex at the time.

One of the residents discovered the fire and emergency units were sent out to the scene.

The fire was determined to be accidental  and was caused by an electrical malfunction on the back porch.

No firefighters were injured.

The American Red Cross is now helping four adults and five children who were affected by the fire. 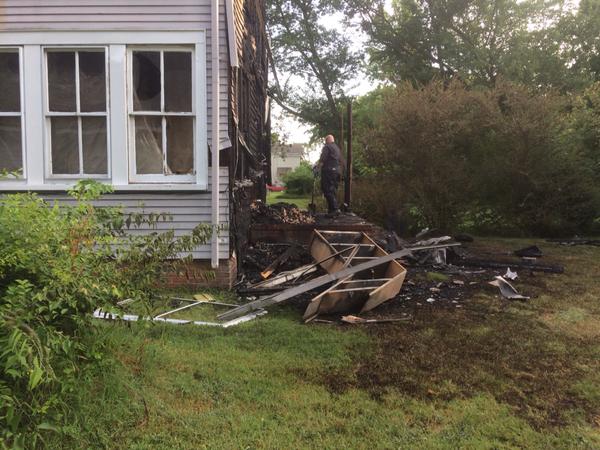