(CNN) — A special treat is on the menu for NASA astronauts on the International Space Station on Monday — lettuce. But this isn’t just any lettuce. It’s part of a crop of “Outredgeous” red romaine lettuce grown on the space station.

“Fresh food grown in the microgravity environment of space officially is on the menu for the first time for NASA astronauts,” NASA said in a statement.

There was no word on whether crew members have been “unofficially” sneaking some space-grown snacks.

Yes, the astronauts get plenty of prepared foods shipped up by supply ships. But NASA needs to figure out how to grow food on spacecraft — and on other planets — for future deep space missions such as the one planned to Mars. The space agency plans to send humans to an asteroid by 2025 and to Mars in the 2030s. 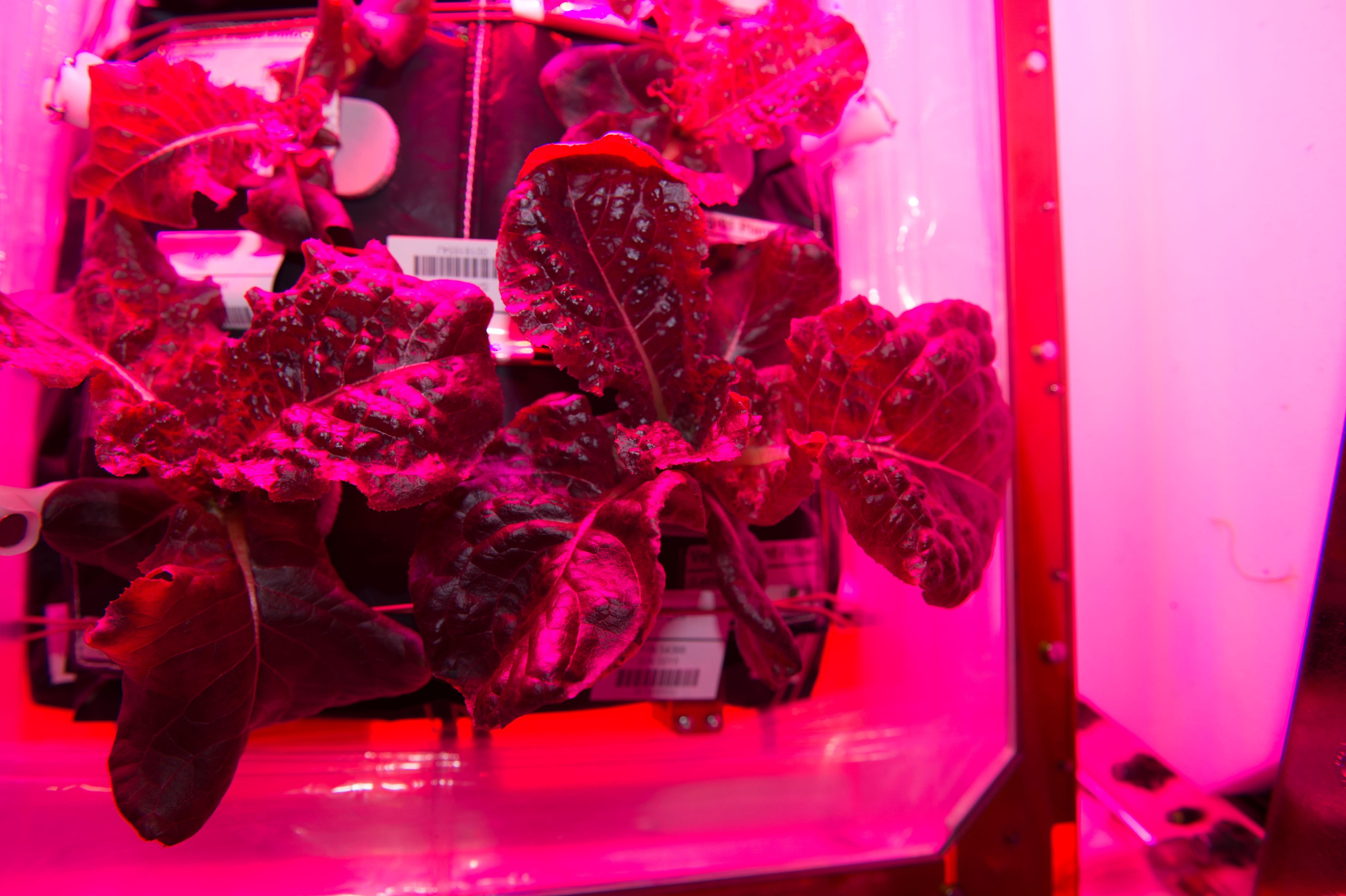 Besides, gardening is fun on Earth, and NASA said astronauts likely will use it as a recreational activity on long missions.

The lettuce was grown in the space station’s Veggie plant growth system. The system was tested at Kennedy Space Center in Florida, and the plants were checked for safety. Still, half the crew’s harvest will be sent back to Earth for more testing. And to be even safer, the astronauts will clean the lettuce with citric acid-based, food-safe sanitizing wipes before eating it.

The crew seems excited about the lettuce. Astronauts Scott Kelly and Kjell Lindgren took to Twitter to share images of their crop.

Kelly and Lindgren are the only two NASA astronauts on the space station now. The other crew members are Russians Gennady Padalka, Mikhail Kornienko, Oleg Kononenko and Japanese astronaut Kimiya Yui.

NASA didn’t say if the other crew members would sample the lettuce, but Padalka and Kornienko will be busy with a spacewalk. They’re installing devices on the hull of the station to help crew members be able to move around better on future spacewalks. They’re also doing some window-washing — cleaning residue off the windows of the Zvezda Service Module — and working on the station’s communications antennas.

Maybe Kelly and Lindgren will save them enough lettuce for at least a side salad.