Hampton, Virginia – Hampton Fire crews worked for over an hour to put out a fire in a home at 16 Inglewood Drive  that displaced five people and two pets early Wednesday morning.

The house caught fire around 4:00 a.m., officials say. By the time crews arrived, at least half of the home was engulfed in flames.

Four adults, one child and two dogs were inside the home. They were alerted by the smoke detector and were able to make it out of the home unharmed.

Battalion Chief Mick Barilla says crews used a method where they hit the fire from the outside of the home until it was safe for them to attempt an interior attack. This method is typically called a transitional attack. Once crews got inside, it only took about 20 minutes to get the fire under control.

The home sustained heavy fire and smoke damage. Hampton Fire officials say the family will likely be displaced. The American Red Cross is assisting the family with temporary residence.

The Fire Marshal says the cause of the blaze was pyrolysis that occurred in decomposing wood outside near the family’s grill. 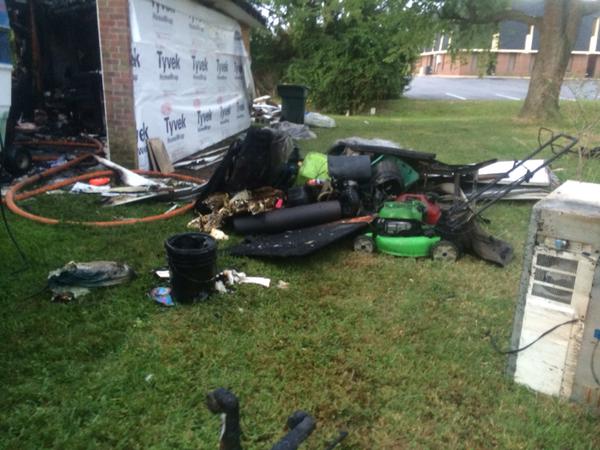