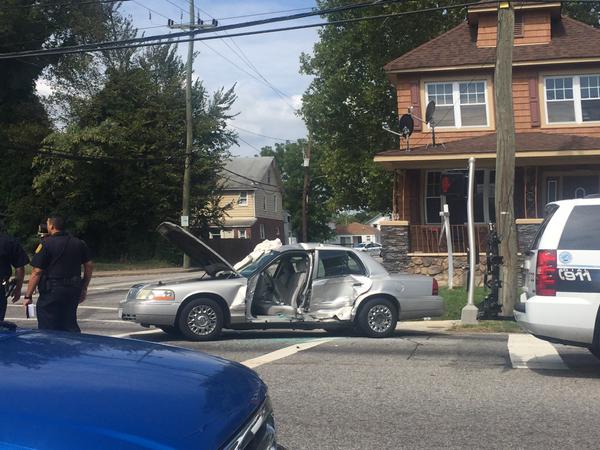 Norfolk, Va. – All southbound lanes of Tidewater Drive at Lindenwood Avenue have reopened after a crash involving a police vehicle. The crash occurred Friday morning as an officer was responding to a chase.

Norfolk Police say there were two people in the other vehicle involved. Both of those people and the officer suffered non-life threatening injuries.

The officer involved in the crash was responding to a pursuit when the crash occurred.

Police say another officer had attempted to stop a vehicle for a traffic violation near Church Street. The officer involved in the crash was responding to assist, traveling northbound on Tidewater Drive.

The other vehicle was traveling through the intersection of Tidewater Drive and Lindenwood Avenue when the officer hit it.

The accident is still under investigation.

Updates will be provided as they become available.