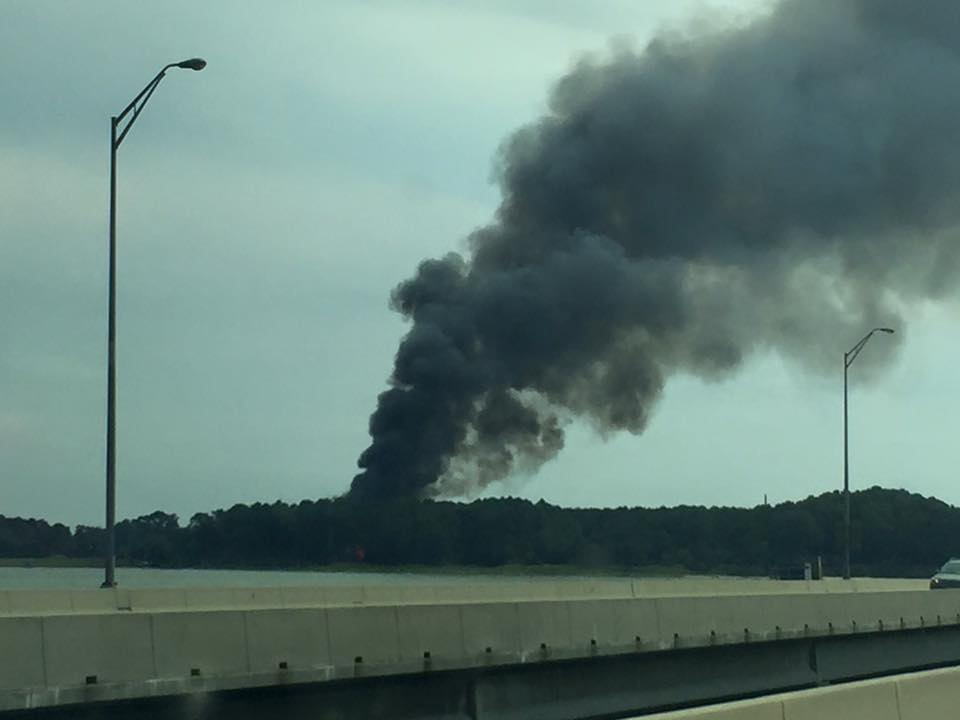 Suffolk, Va. – Crews were called out to a fire that broke out at the Hampton Roads Sanitation District Nansemond Wastewater Treatment plant in Suffolk on Tuesday.

This happened in the Northern Suffolk area in the 6900 block of Armstead Road.

Calls came in at around 2:54 p.m. and units were on the scene just moments later.

The fire is one mile into the wooded area past the entrance gate to the plant.

A vacant building is engulfed in flames and about one acre of woodlands in an area about 75 to 100 feet from the James River.

No one has been injured.