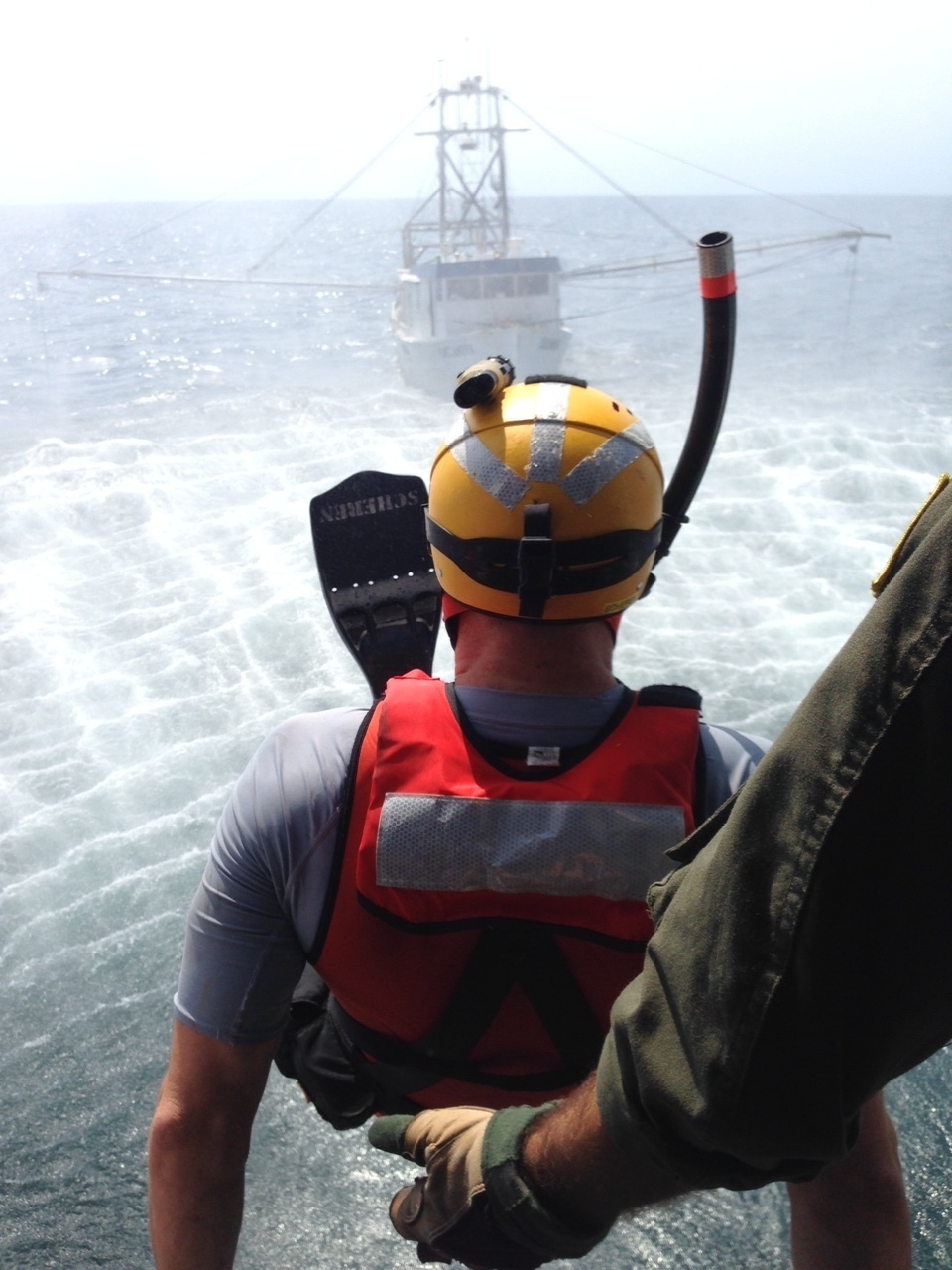 Cape Charles, Va. — The Coast Guard rescued a man from a 54-foot fishing vessel northeast of Cape Charles on Wednesday.

He was then transported to Norfolk Sentara General Hospital in Norfolk.

The helicopter crew returned to Air Station Elizabeth City after the rescue. There is no further information on the patient.

“Our crew came together today to get the mission done,” said Lt. Christian G. Gintyrapp, pilot and flight commander for the rescue.

“The precision work of our flight mechanic and rescue swimmer working in unison helped to make the mission an overwhelming success.”