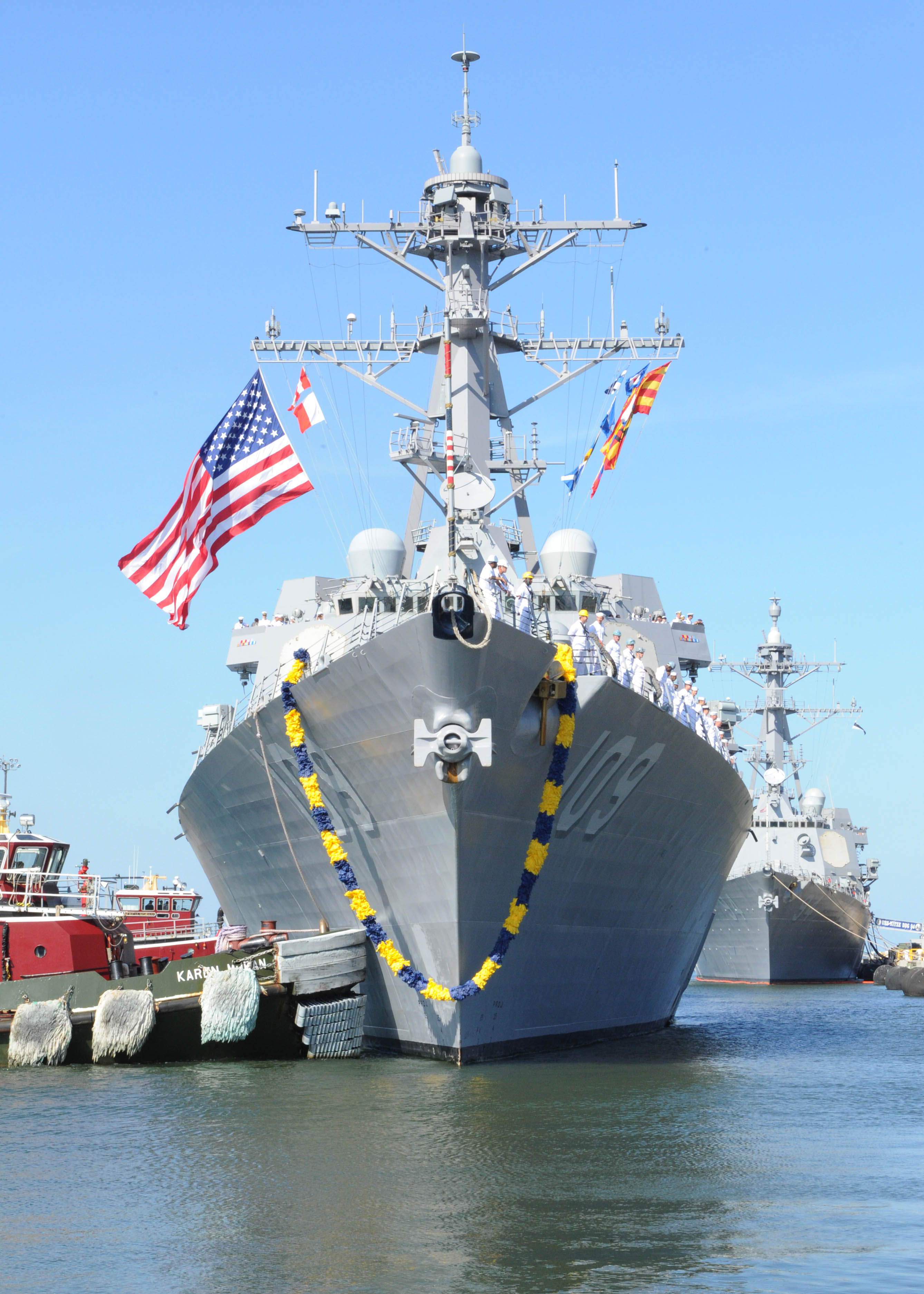 The ship left Norfolk on January 27th and headed to the Caribbean to conduct operations in support of Operation Martillo, a U.S., European and Western Hemisphere effort targeting illicit trafficking routes in waters along the Central American isthmus.