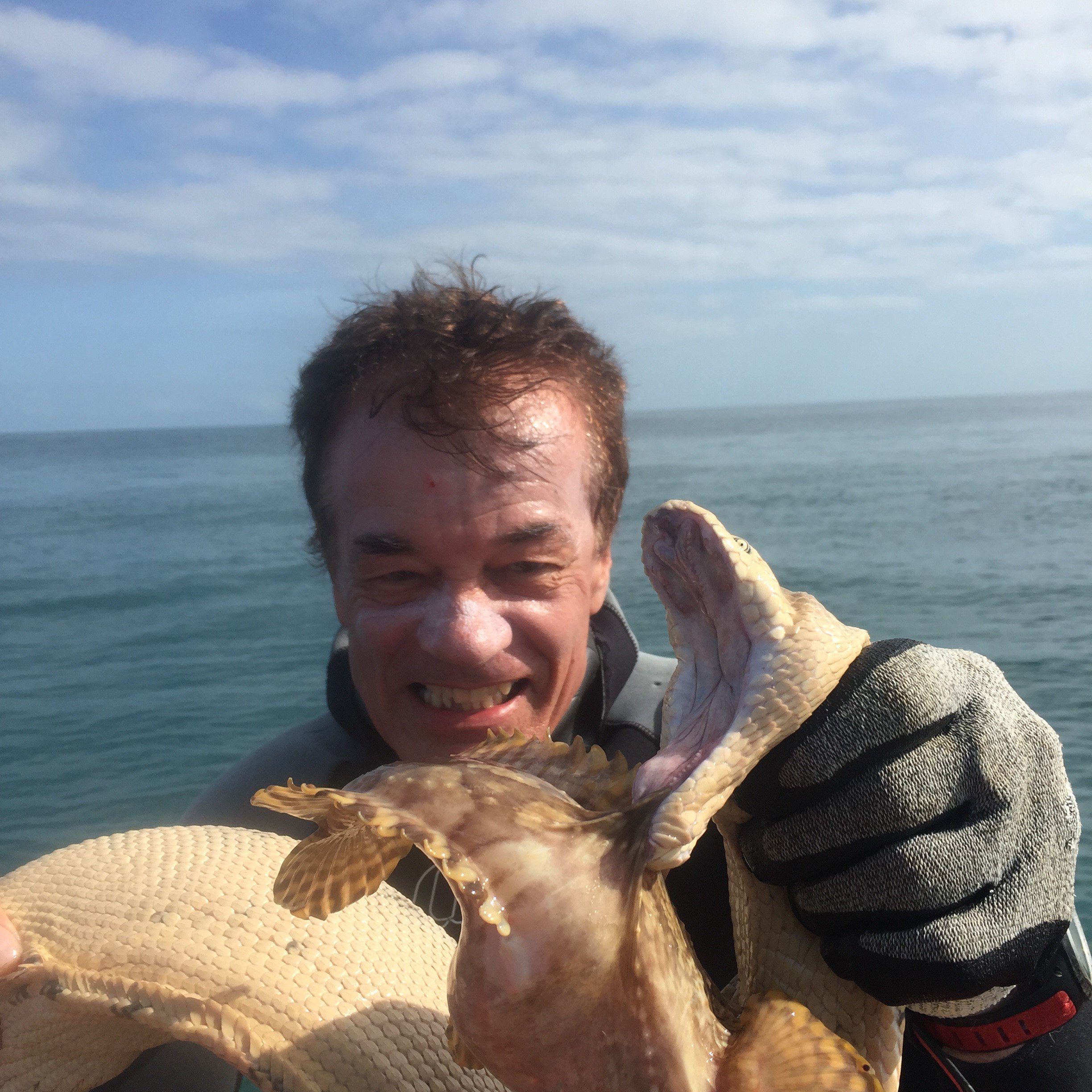 It was an intense battle between two deadly sea creatures.

But rather than something from the imagination of Jules Verne, it turned out to be a real-life death match caught on camera by a champion spear fisherman in Australia.

After a day at sea catching his dinner, Rick Trippe was on his boat heading back to harbor in Darwin, in the Northern Territory, when he noticed something floating in the water.

“It was a big sea snake, but I couldn’t quite make it out what kind of snake it was,” he told CNN Tuesday. “Its head was biting a stone fish close to its tail area, and the fish had a huge bite into the snake.”

The two venomous creatures basically had death locks on each other.

“I knew the fish would die because the sea snake is highly poisonous,” said Trippe, who has been diving and spear fishing for about 30 years. “But I knew the snake would also die from the fish’s poison if I just left it there.”

So Trippe said grabbed the snake just below its jaw, took its grip off the fish and put it back into the water.

Trippe said he has experience handling snakes — having caught and removed many pythons from his chicken coup.

But it didn’t end there.

Moments after he motored off, Trippe said the snake made a beeline back toward the now dead stone fish — and devoured its dinner.

It’s also not his first close encounter Trippe has had with deadly creatures of the deep. Just last month he was on a dive when a giant groper chased him and mangled his spear, he said.

Saving the sea snake is his second rescue in a month, Trippe said. A few weeks ago, he helped rescue a racehorse that had become stuck in waters off Mindil beach — which took several attempts to use his boat to pull and guide the horse to shore, he said.

What happens when a python eats a porcupine? It’s not pretty