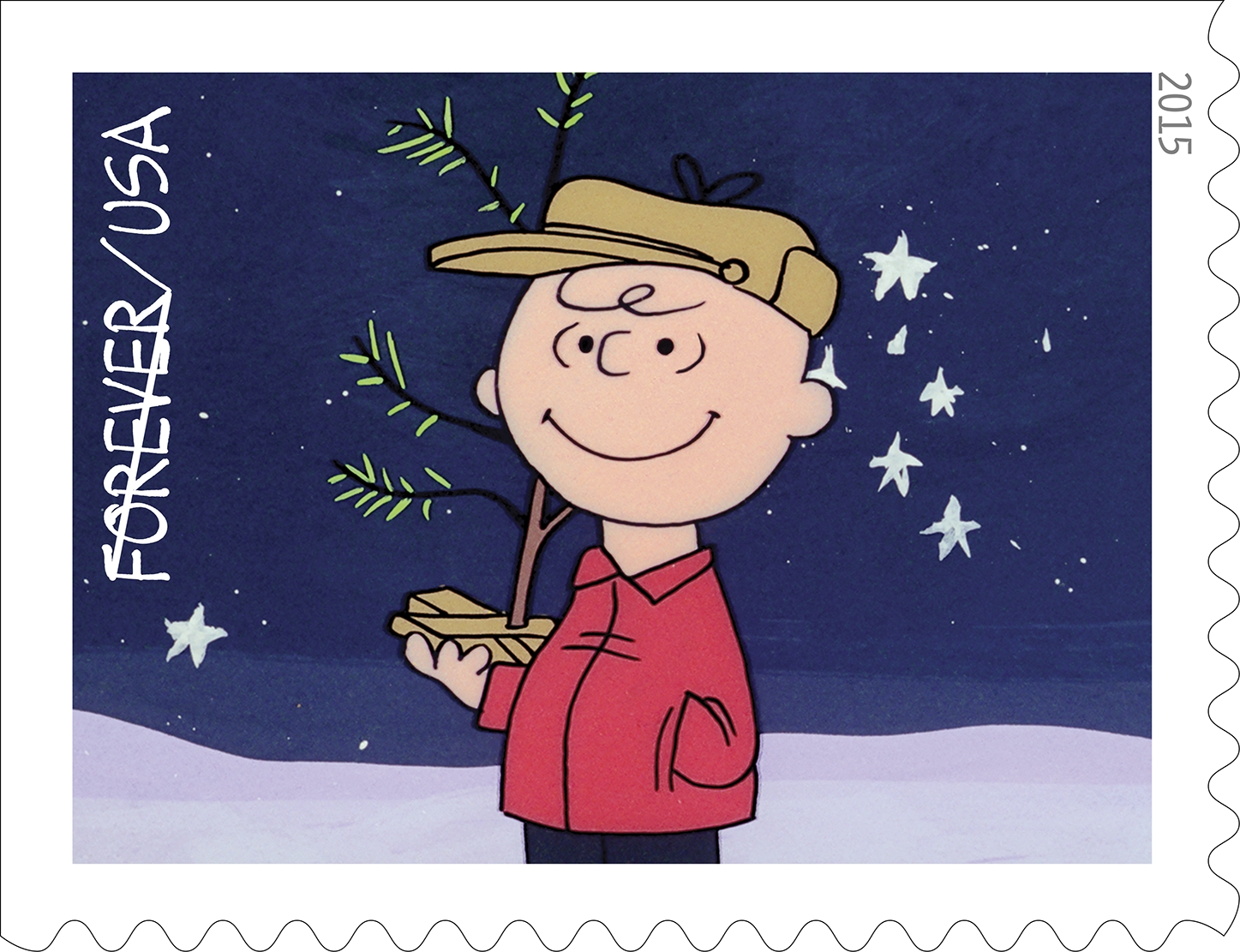 There will be booklets of 20 stamp that feature 10 still frames from the 1965 TV special “A Charlie Brown Christmas,” to celebrate the show’s 50th anniversary.

The official dedication ceremony will be at the Charles M. Schulz Museum in Santa Rosa, California at 9 a.m.

The event is free and open to the public, and stamps will be available nationwide that day.  You may pre-order the stamps now for delivery shortly after October 1.

The early October release of the stamp coincides with the Peanuts comic strip debut on Oct. 2, 1950.

The stamps, designed by art director Antonio Alcalá, will capture many iconic moments from the film, including:

Customers have 60 days to obtain the first-day-of-issue postmark by mail. They may purchase new stamps at local Post Offices, at The Postal Store at usps.com/shop or by calling 800-STAMP-24. They may put the stamps on envelopes of their choice, address the envelopes (to themselves or others) and place them in larger envelopes addressed to:

After applying the first-day-of-issue postmark, the Postal Service will return the envelopes through the mail. There is no charge for the postmark up to a quantity of 50. For more than 50, the price is 5 cents each. All orders must be postmarked by Nov. 30, 2015.

The Postal Service also offers first-day covers and Postal Service stationery items postmarked with the official first-day-of-issue cancellation. Each item has an individual catalog number and is offered in the quarterly USA Philatelic catalog, online at usps.com/shop or by calling 800-782-6724. Customers may request a free catalog by calling 800-782-6724 or writing to:

“A Charlie Brown Christmas”  aired on CBS the evening of Dec. 9, 1965.  It was the first animated special featuring characters from Charles Schulz’s beloved comic strip, Peanuts.