Virginia Beach, Va. - Firefighters have put out a fire that damaged a single family home in the 3800 block of Middleham Drive on Friday afternoon.

Fire units arrived on scene around 12:38 p.m. to find heavy smoke and fire coming from the home.

Three adults and three children were inside the home when the fire broke out.

Joseph Jones, 85, lived lived there with his wife for about 15 years.

He and others got out of the home safely. Two cars in the driveway were also damaged.

Jones says it was very tough to see his home on fire.

"It was a feeling where you retire and build your new home and it goes down the drain," says Jones.

The Virginia Beach Fire Department said the fire was "under control" at around 1 p.m.

The fire appears to have started in the garage and it spread to the attic in about five minutes.

Jones says he's not sure what he's doing next, but does have family in the area. 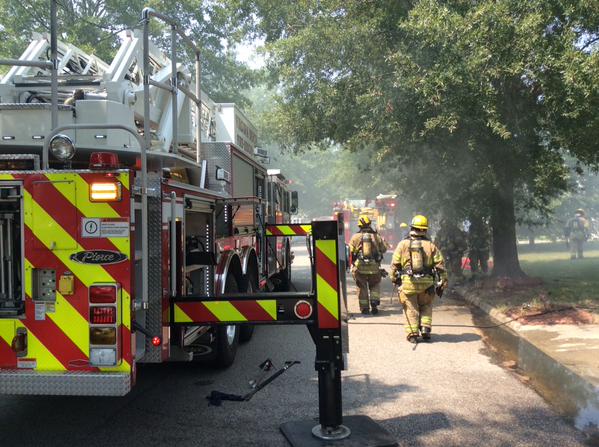