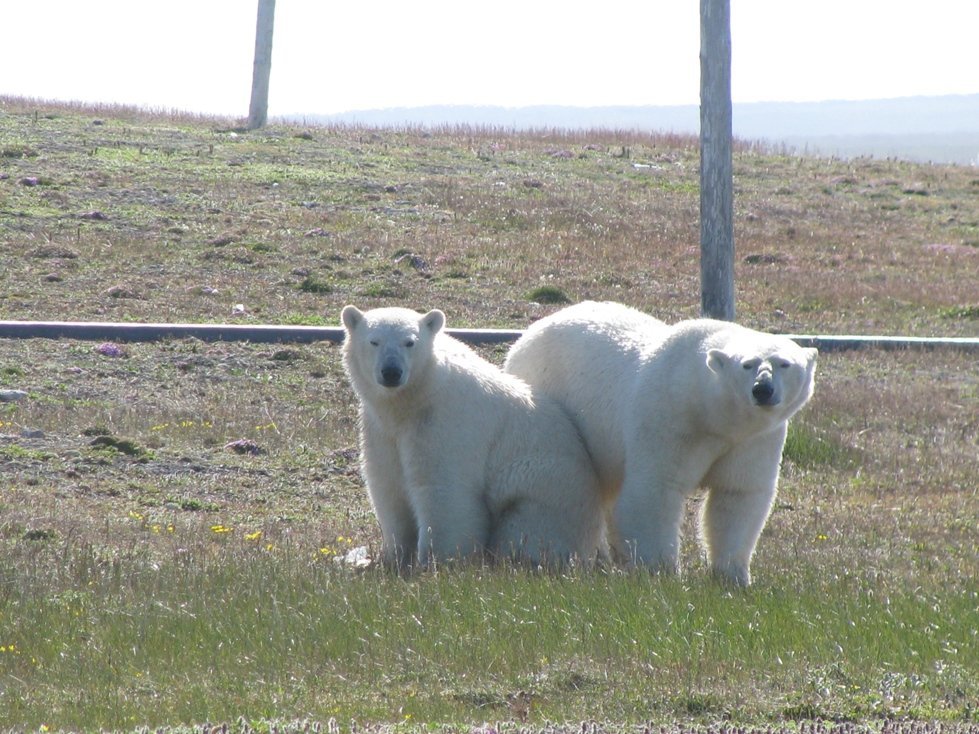 Five hungry polar bears have surrounded a team of unarmed researchers at a remote outpost in northern Russia.

The bears have settled in the fields outside a weather station on the island of Vaygach in the Arctic Sea, preventing researchers from leaving the building to conduct their work, the World Wide Fund for Nature in Russia said in a statement.

The team, which consists of two meteorologists and an engineer, tried to scare them off with flares, but the bears were undeterred — and the Russian WWF says the team has no other weapons at its disposal.

The bears sleep near the station and have been seen fighting with one another outside the building in recent days, one of the researchers at the station told Viktor Nikiforov, the head of the WWF Polar Bear Patrol project.

The presence of the bears means that the researchers have been unable to make their twice daily trip, several hundred meters from the weather station, to measure water temperatures in the sea.

“People living in the Arctic must be prepared to face with a polar bear,” Nikiforov said in the statement. “However, the station staff have no weapons.”

“In addition, employees are not provided with any scaring-off devices and the station area is not fenced.”

The WWF statement said the Polar Bear Patrol was keeping in touch with the researchers and appealing to the Russian government to provide the weather station with the “necessary equipment and means of scaring the polar bears.”

Arctic sea ice is the natural habitat of polar bears but it is melting away. As Arctic sea ice levels decline, so does the number of seals, which the bears depend on for food.

Researchers from the U.S. Geological Survey have estimated that two-thirds of polar bears will be gone by 2050.