Emergency dispatchers received a call around 1:40 a.m. from an employee at the Kangaroo gas station located in the 1100 block of Wilroy Road saying two black males entered the store displaying a weapon and demanding money. After the men received the undisclosed amount of money, they fled on foot.

Police describe the first suspect as a 19 to 25 year old male , approximately 5'8" to 5'9", weighing about 150 pounds, wearing a black hoody and face mask. The second suspect is described as an older heavy-set male, also wearing a face mask.

If you know anything that can help Police, Take Action and  call the Crime Line at 1-888-LOCK-U-UP.

Stay with WTKR.com for further details. 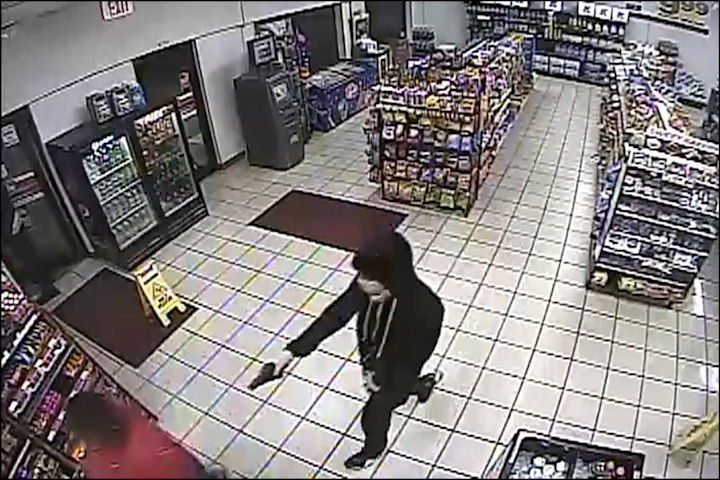