(CNN) — A North Carolina police officer on his way home from work extended a hand of compassion to a man hanging over a highway bridge Wednesday evening. Then something unexpected happened.

After talking the man off the bridge and helping him to safety, Raleigh Senior Officer D.V. Hicks pulled him in for a long hug.

A Department of Transportation captured the touching exchange on its traffic cameras. In the silent video, you can see the man sitting on the edge of the bridge, with one arm around the railing, as Hicks approaches him. After a short conversation, the man takes Hick’s hand, steps off the bridge and clings to the officer for several moments.

“He was getting that hug whether he wanted it or not,” Hicks told CNN.

He told CNN affiliate WRAL, “Call it tactical, call it compassionate, I think it was probably both.”

It happened to be the night before World Suicide Prevention Day. Hicks wasn’t aware of that, but said he was happy there was a positive story to share.

Hicks said there were not many words exchanged in this life-saving encounter, but perhaps this was a moment when words were not needed.

Once Hicks comforted the man, he was taken to a local facility for medical attention. 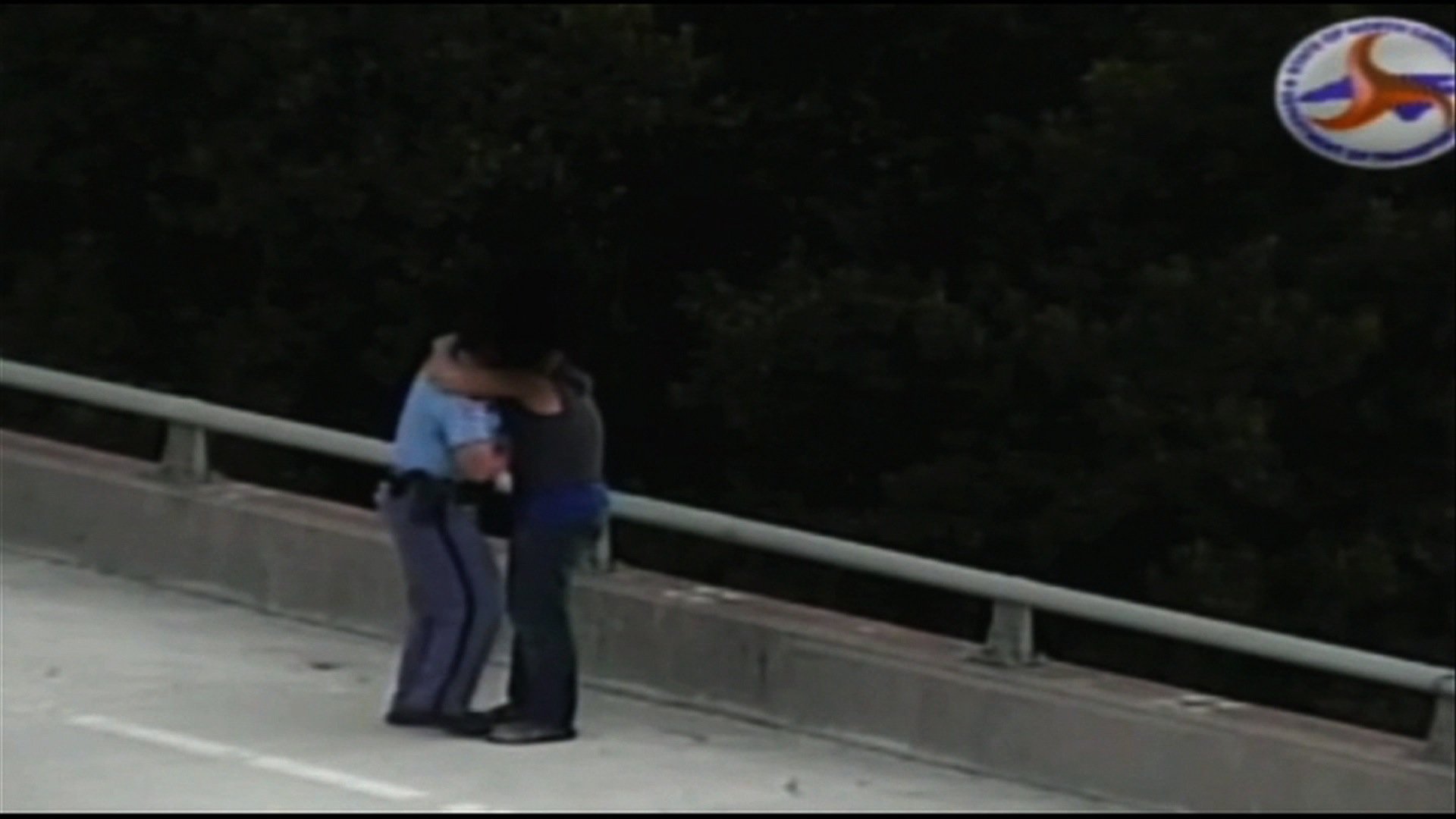