He has been identified as Nathaniel Leon Morrison of the first block of Guenevere Court in Newport News.

When officers arrived, they found the victim unresponsive in a parking lot with gunshot wounds to the body. He was later pronounced deceased at the scene.

The crime scene remained active as children arrived at their bus stop, just feet away from where the deadly shooting occurred.

Some parents attempted to distract their children from the scene while others tried their best to explain.

"I just told her, somebody got hurt. Somebody got killed and they've gone to heaven," says mother Nichole Prince. 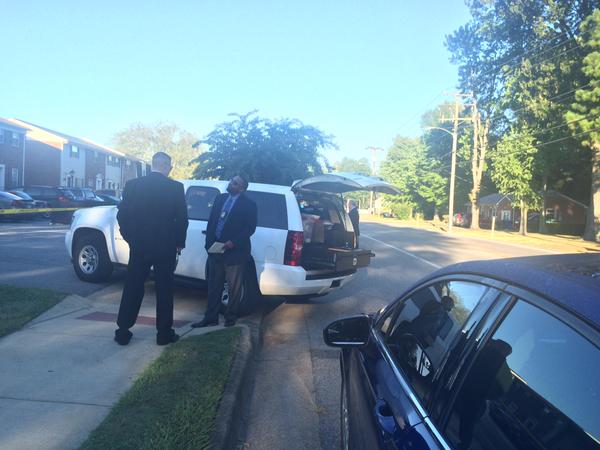 The shooting is the second of two that were reported Tuesday morning in Newport News. The first shooting was reported around 5:56 a.m. on Forrest Drive.

Police say they arrived at that scene and found two men with one of them suffering from apparent gunshot wounds. He was transported to a local hospital and the injuries appear to be non-life threatening at this time.

The men told police they were approached by two or three other men in a vehicle. An exchange of words took place before several gunshots were fired at the victims.

Both shooting investigations are ongoing.

Stay with NewsChannel 3, WGNT and wtkr.com for more updates as they are released.