A Houston school bus fell from a highway overpass onto the street below after a car struck it Tuesday morning, killing two students and seriously injuring three other people, officials said.

Video from CNN affiliate KTRK-TV showed the school bus on its side, its front smashed, underneath an overpass for Interstate 610’s South Loop in southeast Houston.

The bus was headed to Houston’s Furr High School, which also houses REACH Charter High School, when the crash happened at about 7 a.m., the Houston Independent School District said.

The bus was going east on I-610 when a car entered the lane of a nearby Buick LeSabre. The LeSabre veered to the right, striking the bus in the front, Houston police spokesman Victor Senties said.

The bus driver over-corrected, and the bus went over or through a guardrail, Senties said.

A witness, Anthony Martin, told KTRK that he was driving on the road below the highway when he saw the bus come off the freeway “nose down at more than 50 miles an hour.”

“It sounded like somebody just hit a brick wall,” Martin said.

Two female students died, and everyone else aboard — two students and the driver — were seriously injured and taken to hospitals, according to the school district. No conditions or names were released.

It wasn’t immediately clear whether the students attended Furr or REACH, the school district said.

Police were interviewing the LeSabre’s driver on Tuesday morning. No charges were immediately filed, and the crash was under investigation, Senties said.

“I ask all of the HISD community to join me in praying for all of those involved,” Grier said.

The bus driver has been with the school district for about three years and has a clean driving record, the district said.

The bus last underwent a maintenance inspection in June, according to school officials. 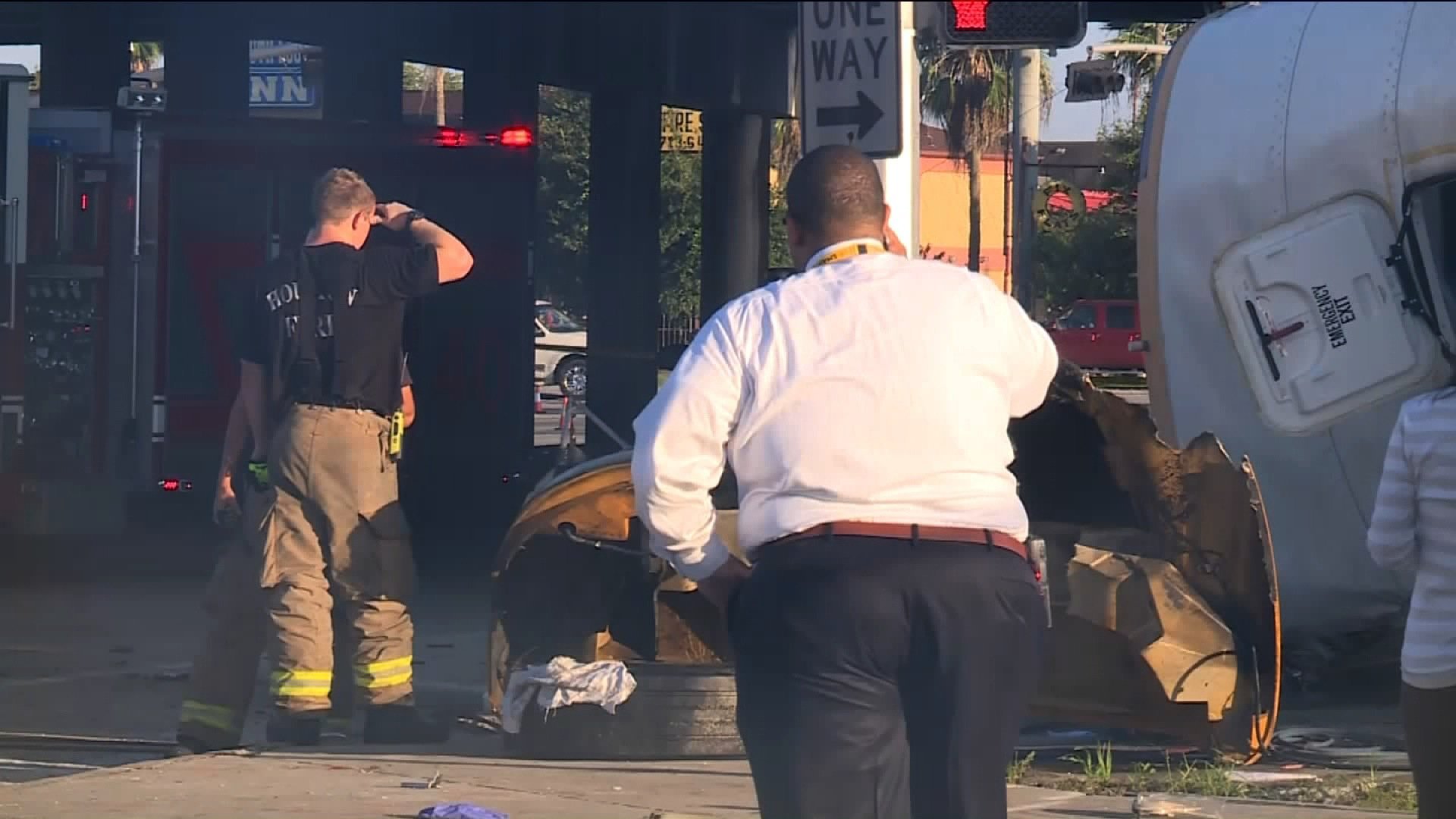