Virginia Beach, Va. - One of two $2 million winning Powerball tickets in the September 19th drawing was sold in Virginia Beach.

Michael Alston, a retired military service member, is now $2 million richer. He claimed his prize Monday, September 28th during a ceremony at the store where he bought the winning ticket -- the Wawa at 2501 Virginia Beach Boulevard. 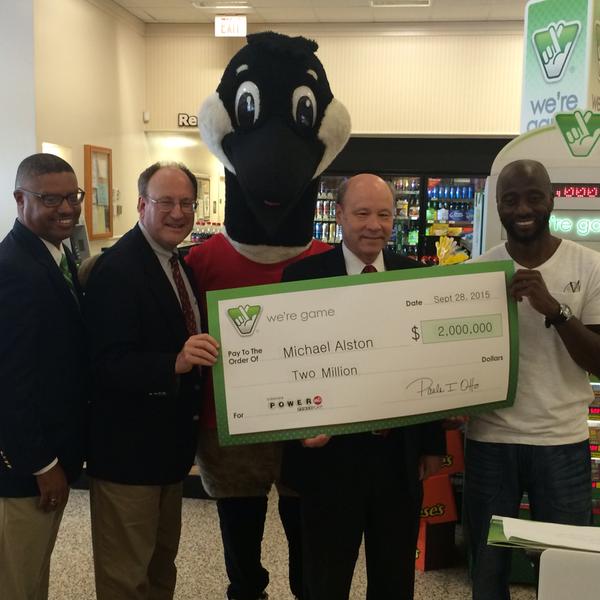 Alston said he selected his numbers using the ages of family members. He says he didn't find out that he had won until he sat down to watch sports on TV.

“I woke up my wife and said, ‘I can’t breathe!’” he recalled. “She thought something was wrong.”

The second winning ticket was sold in New Castle at the  Mick or Mack IGA, 302 Market Street.

Each ticket matched the first five numbers but not the Powerball number, resulting in a $1 million win. However, both people spent an extra dollar for Power Play, which doubled the prize to $2 million on each ticket.