Newport News, Va. - Police have arrested five suspects in connection with the burglary of a shooting range.

On September 22, a burglary alarm at the Marksman Firearms Training Center and Indoor Shooting Range went off just before 2:00 a.m. on 520 Industrial Park Drive.

"Bad guys, they don't care, they're just interested in getting the guns into their gangs or selling them to make a quick buck for drugs or whatever else," said George McClain, owner of The Marksman.

When officers arrived, they found a car through the wall of the building.

McClain says that about 25 guns were stolen from the store.

"You put us out of business for probably close to a week. I've got 13 employees," McClain said. "Guess who has to pay those employees? I still do!"

Surveillance video shows a car going through the front of the building, followed by three men coming out in hooded sweatshirts and masks.

Five Newport News teens were arrested in connection with the burglary  at different times on September 25.

Robert Wayles Watkins, 18, has been charged with: one count of burglary, grand larceny of a firearm, felony destruction to property, receiving stolen property and possession of a firearm by a convicted felon, four counts of contributing to the delinquency of a minor and three counts of conspiracy to commit a felony.

A  16-year-old has been charged with three counts each of receiving a stolen firearm and possession of a firearm by a juvenile.

A 15-year-old has been charged with one count each of discharging a firearm in a public place, receiving a stolen firearm and possession of a firearm by a juvenile.

Another 15-year-old has been charged with two counts each of receiving a stolen firearm and possession of a firearm by a juvenile.

Watkins was taken to Newport News City Jail and the four teenagers were taken to the Secure Detention Center.

Eight of the 24 stolen guns have been recovered.

The investigation is still ongoing. Anyone with information on the burglary is asked to call Newport News Crime Line at 1-888-LOCK-U-UP. 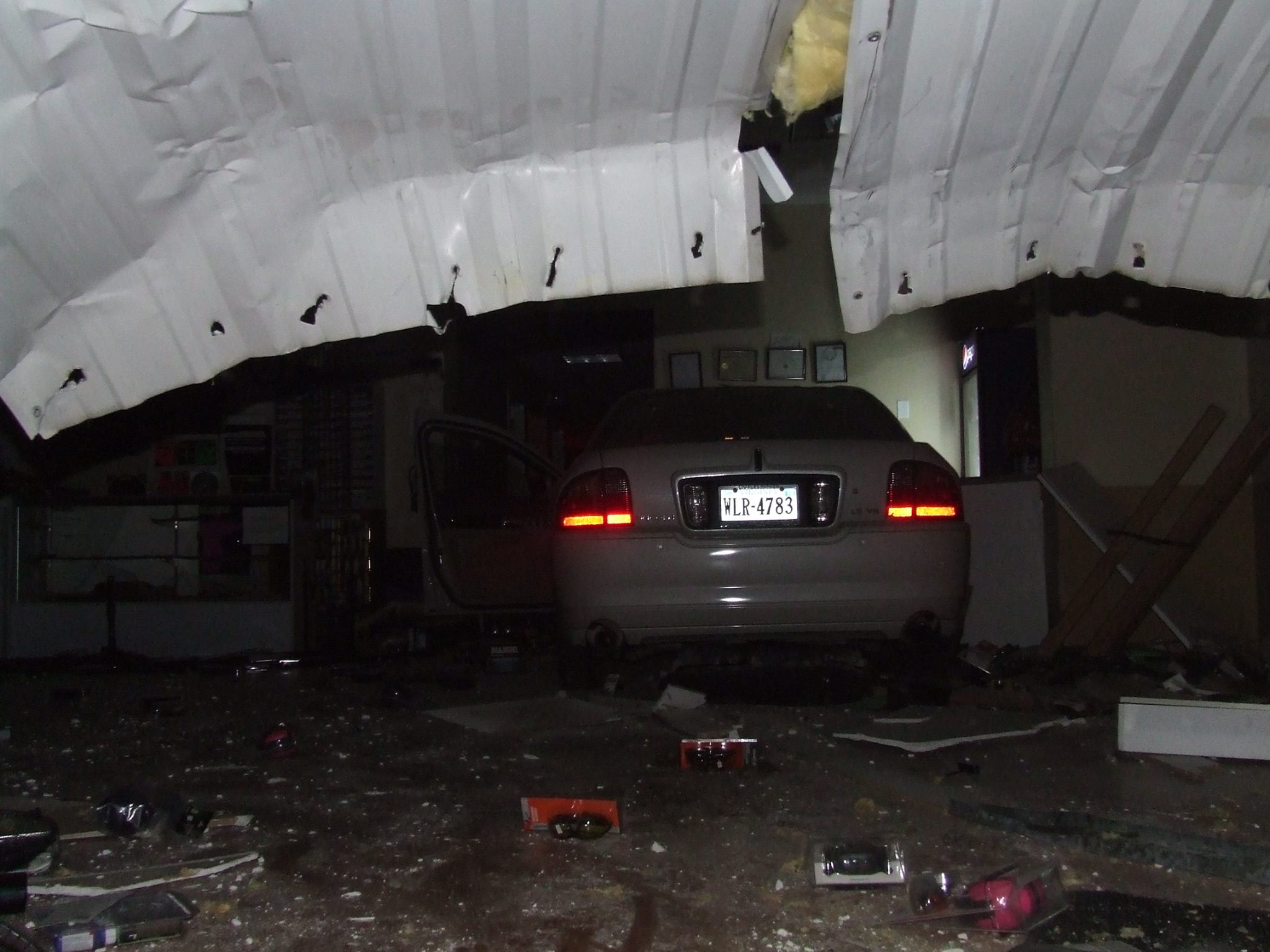