10-year-old twins fight their leukemia together 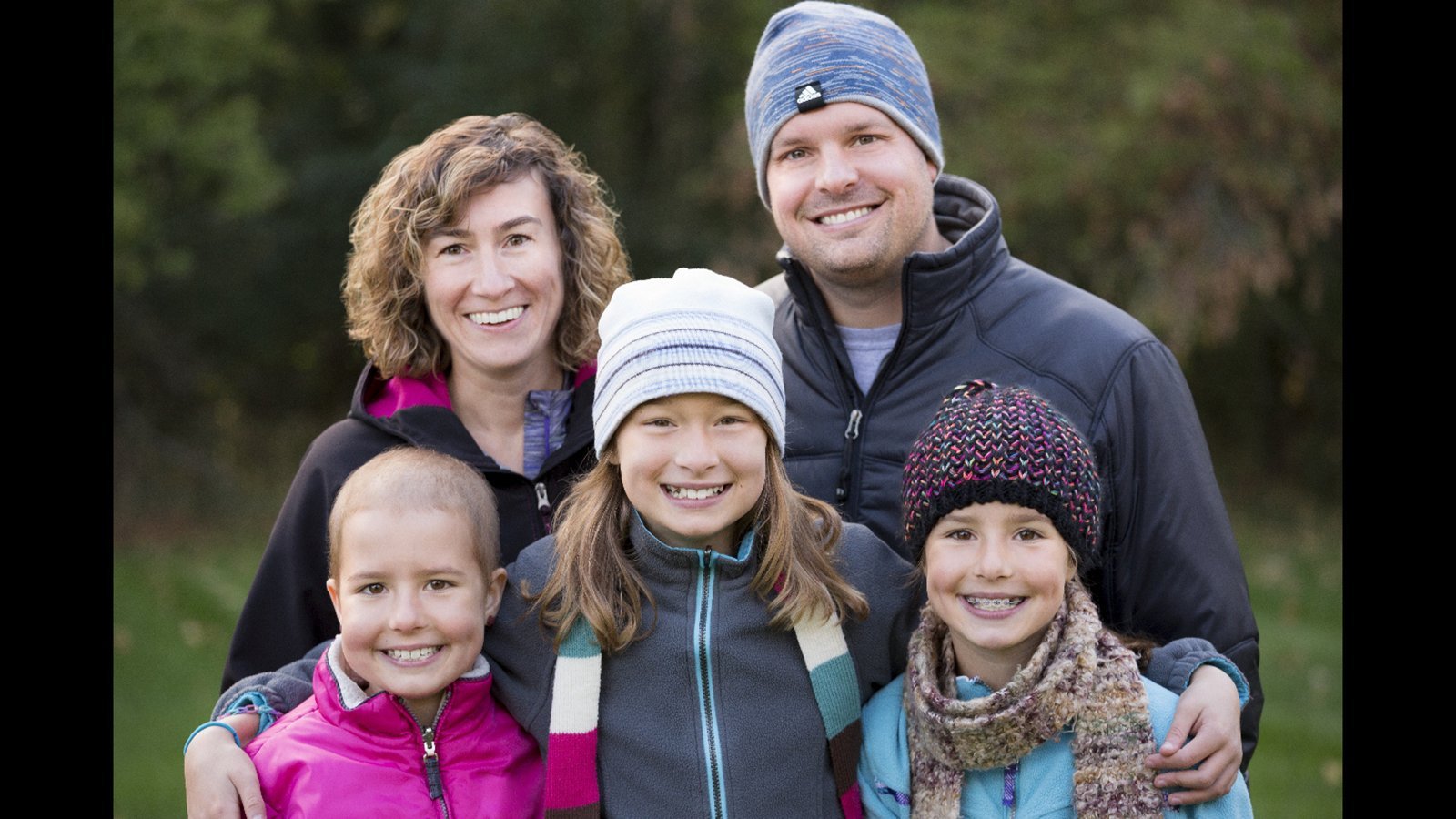 It was almost time for summer vacation in June 2013, when 8-year-old Lily Dove threw up before school. Her mother, Erin Dove, thought it was odd, but kept her home for the day. As a mother of three girls, including identical twins Lily and Bailey, she understood childhood illnesses and bugs.

Then, it happened again a week later. Dove suspected a virus, but noticed that Lily, an excellent student who loved soccer and softball, struggled to run from home plate to first base. Her bright skin turned pale, almost gray. After school let out for the summer, Lily took naps in the afternoon, even if she had had enough sleep the night before.

Dove took her daughter to the pediatrician near their home in West Bend, Wisconsin. Technicians took an X-ray and ran tests on Lily’s blood. With the lab work in hand, the pediatrician asked to speak with Erin Dove alone, leaving Lily with a nurse.

That’s when Dove knew something was wrong.

There were leukemia cells in Lily’s blood.

The pediatrician recommended that Dove take Lily to the children’s hospital to begin treatment immediately.

Lily was diagnosed with acute lymphoblastic leukemia. After a month of aggressive treatment, she was in remission. Her treatment went through phases, usually lasting one to two months at a time, to make sure that the leukemia cells didn’t return.

Over six to nine months, Lily’s treatments were active, making it hard for her to attend school the next year. In March 2014, Lily was placed in maintenance phase. She still needed treatments every three months and missed some school, but she was at low risk of relapsing.

As treatment progressed, friends of the Doves provided meals, helped the family balance a tough schedule and even rearranged birthday parties around Lily’s treatments.

“We found out how many friends we had after she was diagnosed,” Dove said. “The treatment for this kind of leukemia is much longer than other cancers. People have to stick with you, and they did.”

Lily’s last chemotherapy treatment was on August 30. Following tradition at Children’s Hospital of Wisconsin, Lily rang a bell to signify the end of her treatment.

But for the Dove family, the story doesn’t end there.

As they looked forward to the end of Lily’s treatment, the Doves attended an indoor school carnival in March 2015. Lily’s sister Bailey was her active 10-year-old self, running around and having fun.

Then someone mentioned to Dove that Bailey looked pale. They were the same words used to describe Lily in the days before she was diagnosed. That night, Bailey couldn’t sleep and complained about pain in her legs and hips. Erin Dove was familiar with the symptom: Lily’s illness caused aches in her larger bones because the leukemia cells were concentrated in her bone marrow.

Dove and her husband, Ryan, didn’t want to believe it. Dove even allowed herself to think that this could be the simple growing pains of a 10-year-old girl.

About 1 in 285 children in the United States will be diagnosed with cancer before age 20, according to the American Childhood Cancer Organization, and acute lymphoblastic leukemia is the most common type. Doctors had told the Doves after Lily’s diagnosis that there was a chance her identical twin could have it, too.

“We knew the possibility was there,” Dove said. “But we just couldn’t think about that at the time. We wouldn’t have made it through otherwise.”

The day after the carnival, they drove Bailey to a wellness clinic. Dove didn’t want to alarm Bailey, a “smart worrier,” so she lowered her voice when she spoke with the staff. “You have to be thorough. Run lab work,” she said, as she explained her other daughter’s history with leukemia.

When the results came back, doctors asked Bailey to sit with the nurses, just as Erin remembered from Lily’s diagnosis. They asked Dove to look at the tests, given her years of experience monitoring Lily. The numbers revealed what everyone hoped wouldn’t be true.

They drove Bailey to the same children’s hospital, where they again saw Lily’s oncologist and the diagnosis was confirmed: Bailey had leukemia, just like her sister.

Bailey is a higher risk case because she’s two years older than Lily was when she was diagnosed and her white blood cell count is higher. But she has now been through the initial, intense eight-week treatment to kill the leukemia cells and has been responding well, just as Lily did.

The common trait that has helped Lily and Bailey battle leukemia at such a young age is pure stubbornness, Erin Dove said. Both are natural athletes and cancer is another hurdle to conquer. But at the end of the day, they’re also a natural support system for each other.

“They have been close since birth,” Dove said. “You could see the connection early. It’s a twin thing, almost indescribable. They hardly have to talk, they can just look at each other and you know they understand one another.”

Dove often sees them cuddling and consoling each other, especially now that Lily’s treatments have ended and Bailey’s are just beginning.

Dove has witnessed the biggest shift in her older daughter, Maddie, who will be turning 13 soon. A carefree personality, she could be hard to read when Lily was diagnosed. One day, she would be fine, and the next day, Dove would catch her crying.

When Bailey was diagnosed, something changed in Maddie. She is more caring, mature and protective of her sisters, her mother said. During Childhood Cancer Awareness Month in September and always, Maddie uses her voice to educate her classmates and friends about her sisters’ illnesses.

The Doves know all too well that Bailey is just beginning her journey. Their lives are constantly adjusting and they do everything they can to maintain normalcy and positivity for Lily and Bailey.

“The girls love school,” Dove said. “It’s their place to be normal, somewhere to escape to.”

Both girls enjoy math and Lily is also partial to language arts. School is also a chance to for them to see their friends and play softball.

Lily has returned to playing softball — she loves being part of a team — and the goal is to have Bailey feeling well enough to pick up the glove again at first base next summer. Right now, Bailey attends the games to cheer on her sister and their friends.

“We do our best to do things we did before, but with modifications,” Dove said. “It’s the smallest things, too, like staying up for the fireworks on the Fourth of July, getaways that are close to home, having sleepovers for their friends when they feel well enough. All of these are things that others see as normal, but they’re also things that we took for granted before.”

But even more than playing softball or taking a family trip, it’s the little moments at home that mean the most to Lily and Bailey.

“My dad makes us laugh, Mom cuddles with us and Maddie plays games like Cranium with us and makes jokes,” Bailey said. “It’s helped to do normal things as a family.”