The ARG is made up of the USS Kearsarge, USS Arlington, and USS Oak Hill.

The Kearsarge and the Arlington both deployed from Naval Station Norfolk, while the Oak Hill deployed from Joint Expeditionary Base Little Creek-Fort Story.

VIDEO: manning the rails of the @USSKearsarge before the ARG deploys this morning. @WTKR3 @USNavy @usnpeople pic.twitter.com/vDamWllpWn

The ships were originally scheduled to leave Saturday but were delayed due to weather.

"Took a look at the weather, it was pretty bad. There was nobody getting underway that day so we held off until today and as you can see it's beautiful so it was a smart decision," USS Kearsarge Commanding Officer Captain Dave Bossert told NewsChannel 3's Todd Corillo Tuesday.

More than 4,000 Sailors and Marines are taking part in the deployment, which will support maritime security operations, crisis response and theater security cooperation.

The deployment will also provide a forward naval presence in the U.S. Navy’s 5th and 6th Fleet areas of operation.

VIDEO: saying farewell to the #USSArlington heading out on a 7-month deployment. @WTKR3 @usnpeople @USNavy pic.twitter.com/aLDbcDv1zM 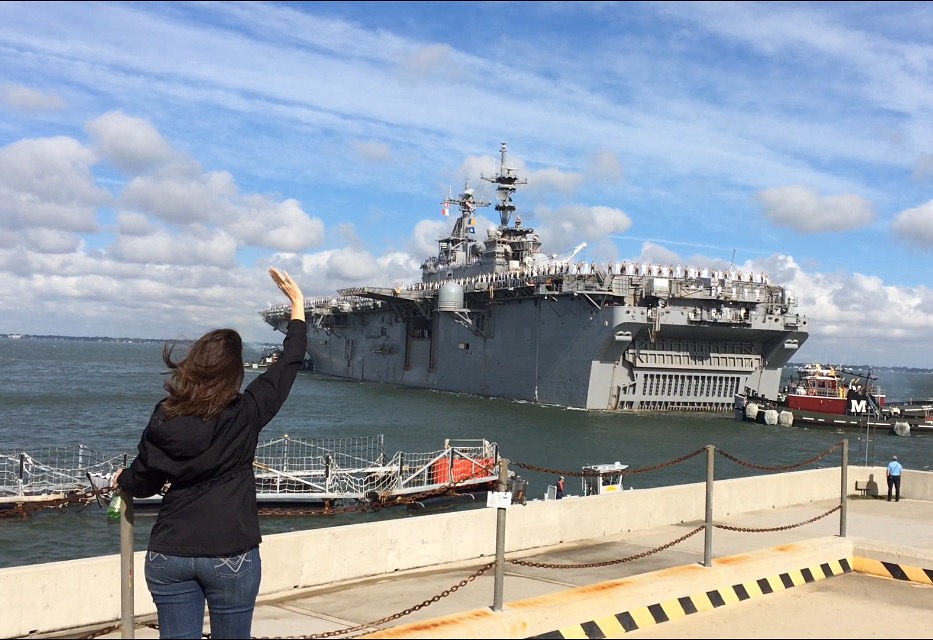