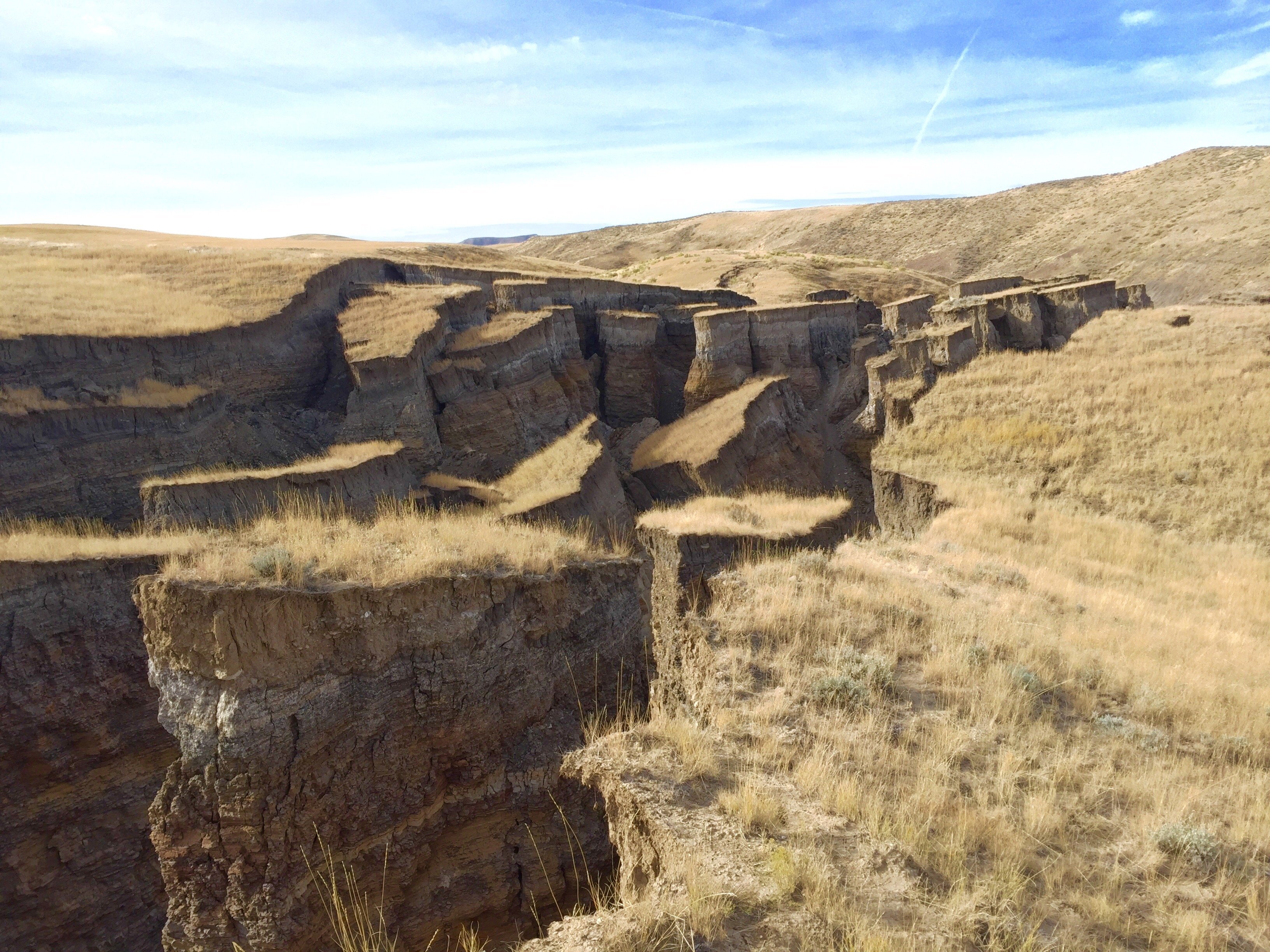 Some call it “The Crack.” To others, it’s “The Gash.” And a few may see it simply as a case of the Earth opening up and swallowing itself.

Whatever the label, the emergence of the new geologic phenomenon in Wyoming’s Bighorn Mountains is impressive.

SNS Outfitters & Guides first alerted the world about it last Friday, in the form of a picture that shows a rolling, largely barren landscape broken up by a sliver that was itself broken up — not unlike a puzzle piece that doesn’t or hasn’t been fit in.

“This giant crack in the Earth appeared in the last two weeks on a ranch we hunt in the Bighorn Mountains,” said the company, which offers guided elk, antelope, deer, moose and bear hunts. “Everyone here is calling it ‘the gash.’ It’s a really incredible sight.”

While not a canyon, which can take centuries to form, the drop is precipitous — and many, many stories deep — in parts. And it’s not like it’s just one crevice suggesting the ground broke cleanly; rather, there are a few different levels with huge steps. SNS reported this week the cracks extended about 750 yards long and 50 yards wide in spots.

As to why, an engineer from Riverton, Wyoming — which is located about 120 miles west of Casper and 170 miles east of Jackson Hole — found that a small spring “caused the bottom to slide out” and shifted 15 to 20 million yards of earth, according to SNS.

The Wyoming Geological Survey weighed in Thursday about what it called “the apparent active landslide” in the southern end of the Bighorn Mountains.

” ‘The Crack’ … looks to be a relatively large yet slow-moving event,” the organization said on its Facebook page. “It appears that this event may be due to groundwater creating weakness in an unstable hillside.”

Dave Petley, writing on the American Geophysical Union’s “Landslide Blog,” concurred that water likely “did play a role” but said that doesn’t mean this was a sudden thing.

“In general, (water’s) role is to change effective stress, not to provide lubrication,” Petley wrote. “There is a good chance, though, that there is a progressive failure and that the changes in the behavior of the springs occurred as the internal damage of the slope (reconfigured) itself as the deformation developed.”

Whatever the cause, many who saw the pictures were awed to see the Earth change so dramatically, so quickly.

One man wrote how the images “make one feel insignificant.” Another opined, “Amazing what Mother Nature can do and (is) still doing.”