Portsmouth, Va. - Portsmouth Police are investigating an armed bank robbery that occurred Monday at the Wells Fargo branch in the 2400 block of Airline Boulevard around 12:11 p.m.

Investigators say the suspect walked into the bank, implied that he had a gun and demanded money from the teller.

When the teller gave him the cash, he ran away in an unknown direction.

Portsmouth Catholic Elementary School was on lockdown for about an hour as a precaution due to its proximity to the bank. Portsmouth Police report that a School Resource Officer was at the school providing assistance. That lock down was lifted a short time later.

Candiss Cox has three kids that go to Portsmouth Catholic Elementary. She says the school sent out an email about the situation.

"It was a little alarming in this being so close to the school by," Cox said. "It stinks, but I know my kids are safe."

Another woman who lives nearby says she is not surprised by the robbery.

"I'm used to [crime]. It's everywhere you go, you can't get away from it," a woman who lives close to the bank said.

Police are looking for a black male in his mid 50's, around 5'11" tall and weighing 180-210 pounds.  He was last seen wearing dark colored pants, a green jacket, orange shirt, a New York Yankees baseball hat and white shoes. 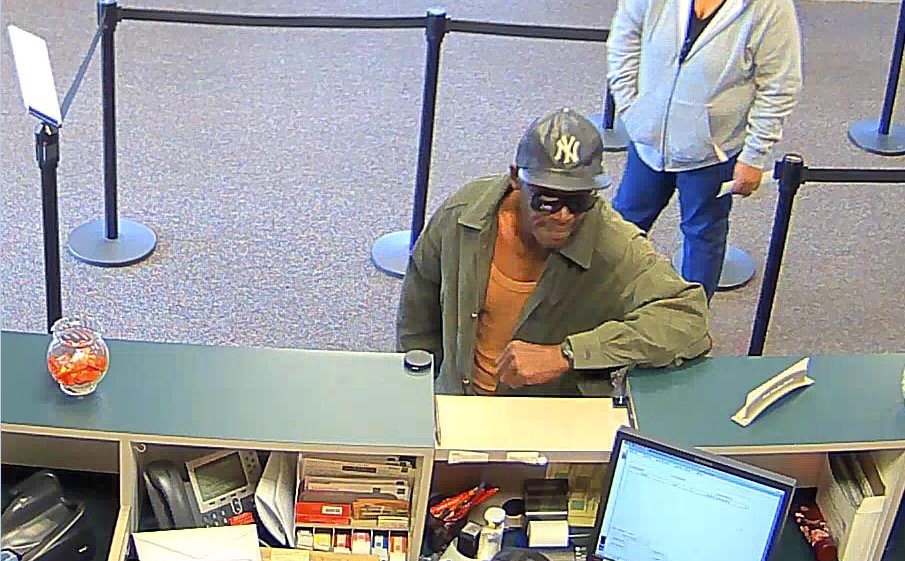 Anyone with information about this case is asked to call the anonymous Crime Line at 1-888-LOCK-U-UP .