Commanded by Rear Adm. Bret Batchelder, the Harry S. Truman CSG is comprised of the Truman with the embarked squadrons of Carrier Air Wing (CVW) 7, Anzio and staff from Destroyer Squadron (DESRON) 28, whose ships include the Bulkeley, Gravely and Gonzalez.

"I think there's a resolve in us to support our coalition partner in France in their tragic event that happened in Paris and as we go over I know that we will be ready to support all levels wherever we go," Captain Scholl stated.

"I'm feeling good. I’m happy they have each other and they’ll have each other over the holidays and we’ve been there done this so many times. I don’t want to say I’m used to it because that’s not the case, but I’m extremely proud that they both serve in the Navy and that’s what my son has chosen for his path," Davis commented. 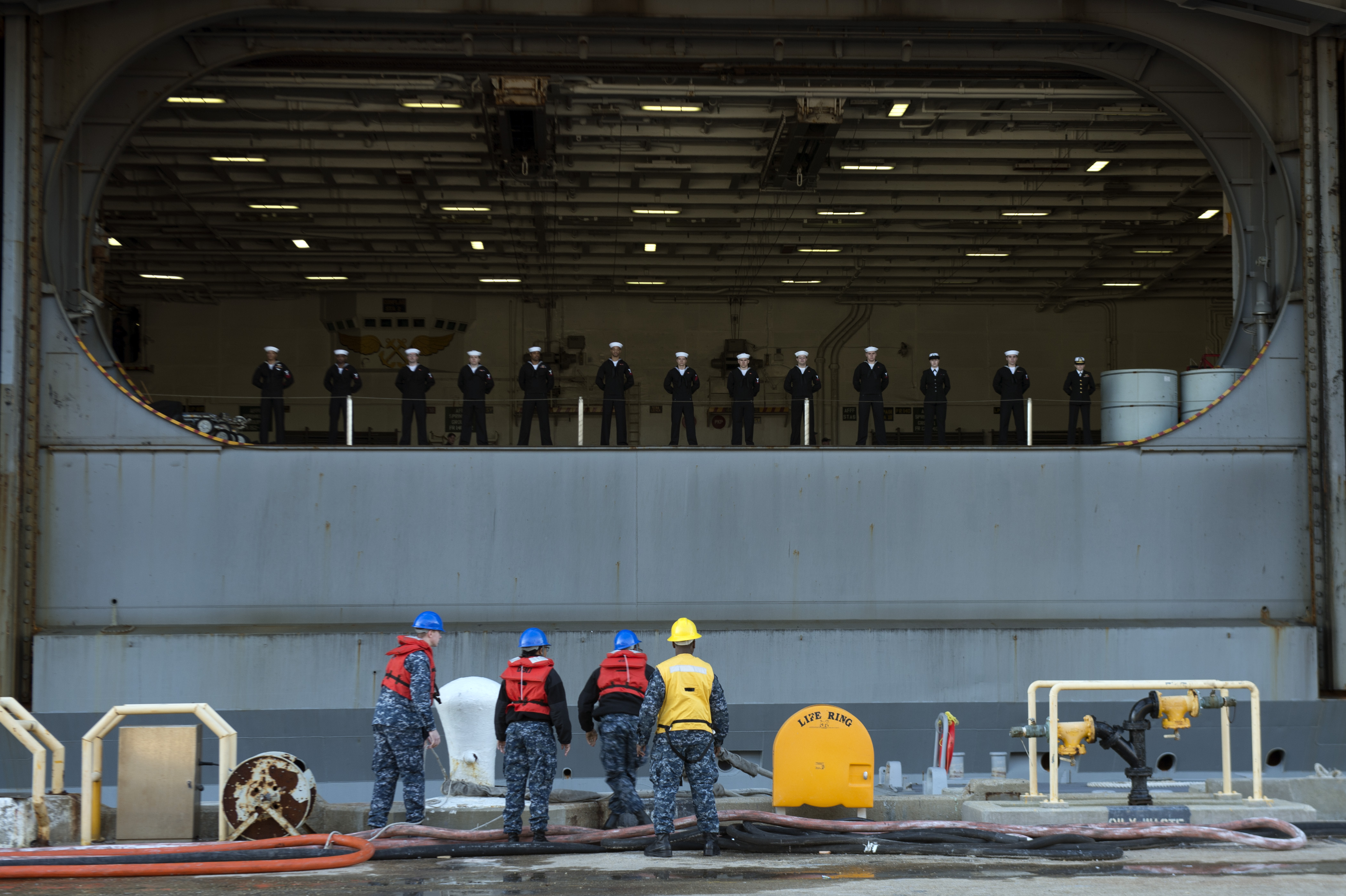 While deployed, the strike group will serve in the U.S. 5th and 6th Fleet areas of responsibility conducting maritime security operations and theater security cooperation efforts.