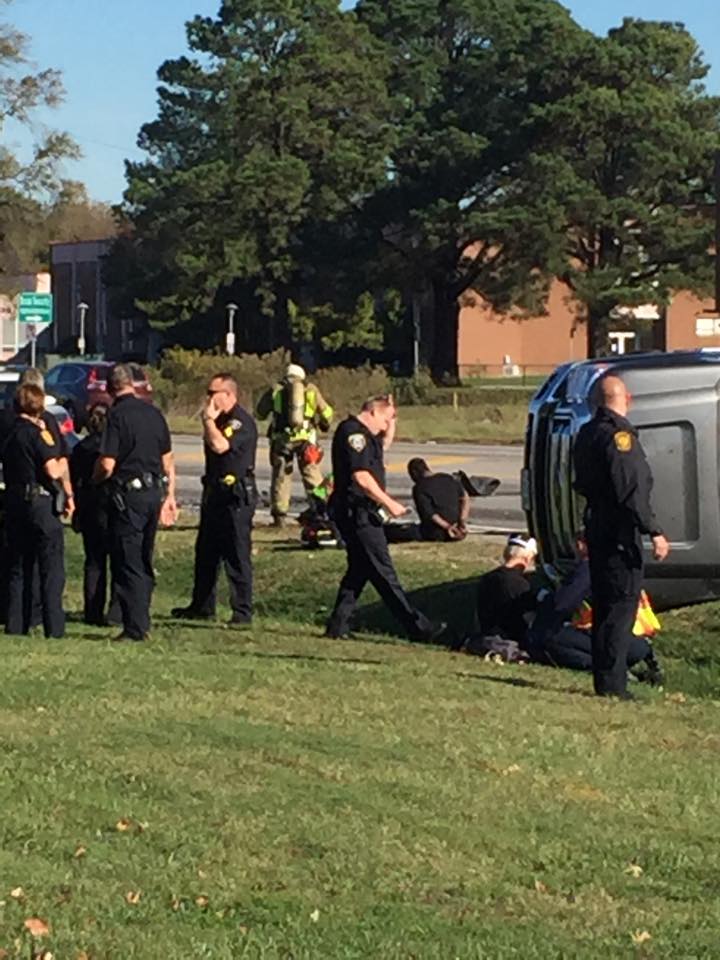 Detective Boykin with Chesapeake Police says they were attempting to pull over a Buick around 9:30 a.m. for speeding on Interstate 64 near Greenbrier when

the driver refused to stop. A chase ensued through city on Chesapeake into Virginia Beach before ending on Military Highway in Norfolk.

The suspect, 36-year-old Kenneth Yates, lost control of his Buick in the 1200 block of Military Highway near Raby Road, crossed into the opposite lane of traffic before hitting a Ford F-250 that then hit a Jeep Cherokee, according to Boykin.

Yates was also transported to Sentara Norfolk General for his minor injuries.

Boykin says warrants will be taken out against Yates for felony eluding, driving while revoked for DUI, speeding, and failure to stop at a red light.