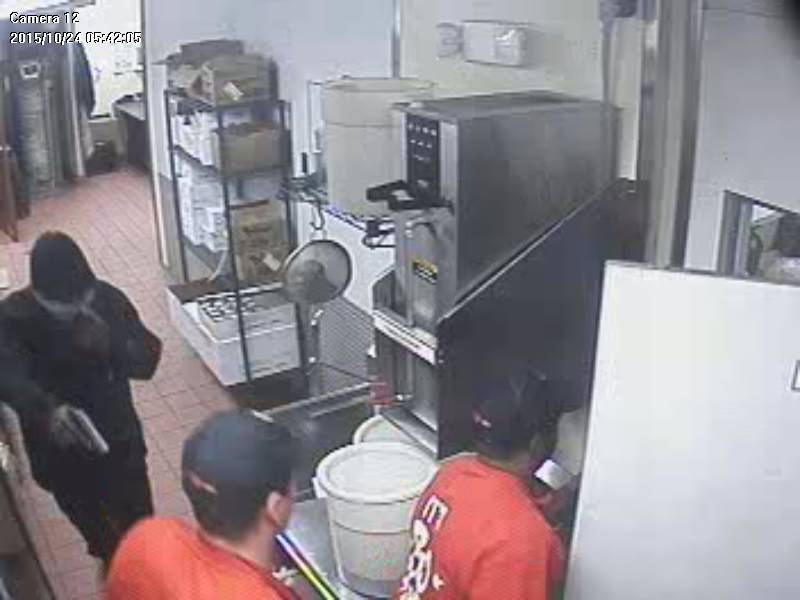 Newport News, Va. – Police need your help finding three men in connection with the robbery of a Bojangles  on 12441 Warwick Boulevard.

On October 24 around 5:40 a.m., three armed men entered the store through the “employees only” door.

The men took the money from the safe and registers and stole the employees’ personal items.

Police say the robbers are all described as black males.

The first man is said to be around 6’3″ tall with a skinny build.  He was last seen wearing a black mask covering his face from the nose down.  He had a silver handgun.

The second man is said to have an average build and is around 6’1″ tall. He was wearing a black mask covering his entire face.

The third man was wearing a white mask with red in it and is around 5’7″ tall.