Dorothy’s dress from ‘Wizard of Oz’ sells for a pretty $1.56 million 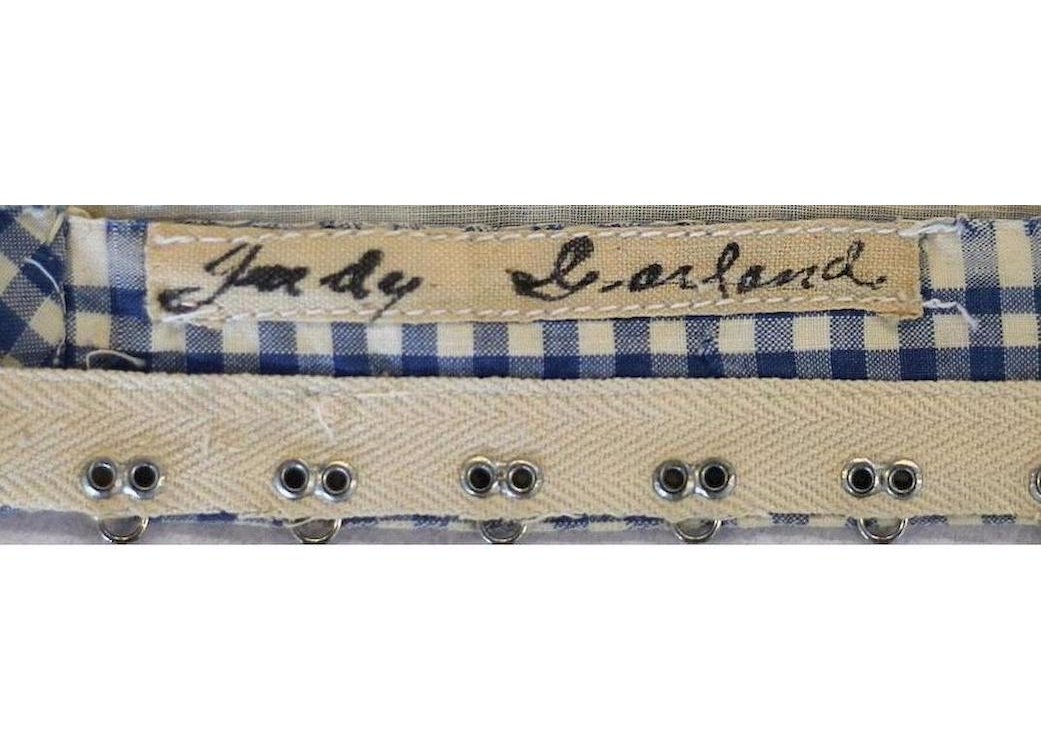 Dorothy, living on a Kansas farm in the 1930s, probably never would have imagined her dress traveling to Oz — let alone New York, where decades later it would be valued at over $1 million.

But the iconic blue gingham apron and shirt costume that Judy Garland wore as Dorothy in the 1939 classic “The Wizard of Oz” did just that Monday, selling for $1,565,000 at a New York auction.

Three competitive bidders fought for the iconic piece of movie history via phone, according to a news release. The winner was not immediately identified.

The costume consisted of the blue and white gingham pinafore with a fitted bodice and a full skirt with ‘Judy Garland’ inscribed on the inside as well as a short cream-colored cotton blouse with a high neck that also has “Judy Garland” inscribed inside, according to Bonhams website, the auction house who sold the costume.

The costume’s sale surpassed its presale estimate by the auction house of $800,000 to $1.2 million.

“As we witnessed today in the Bonhams saleroom, the dress is considered a true and timeless icon of classic Hollywood,” said Catherine Williamson, Bonhams’ director of entertainment memorabilia.

The dress is one of two Dorothy costumes in existence, according to Williamson.

One of Garland’s “Wizard of Oz” costumes was sold in 2012 for $480,000, according to Julien’s Auctions in Beverly Hills, California.

The costume sold Monday was part of lot featuring 400 classic film pieces that were soldin conjunction with Turner Classic Movies, a sister company of CNN. Other items included Steve McQueen’s iconic racing suit from Le Mans and scripts from “Casablanca.”

In 2014, Bonhams sold the Cowardly Lion costume worn in the film by Bert Lahr for over $3 million dollars, a record price for a costume from that film, according to Bonhams’ website