What does the world’s most expensive meat taste like? 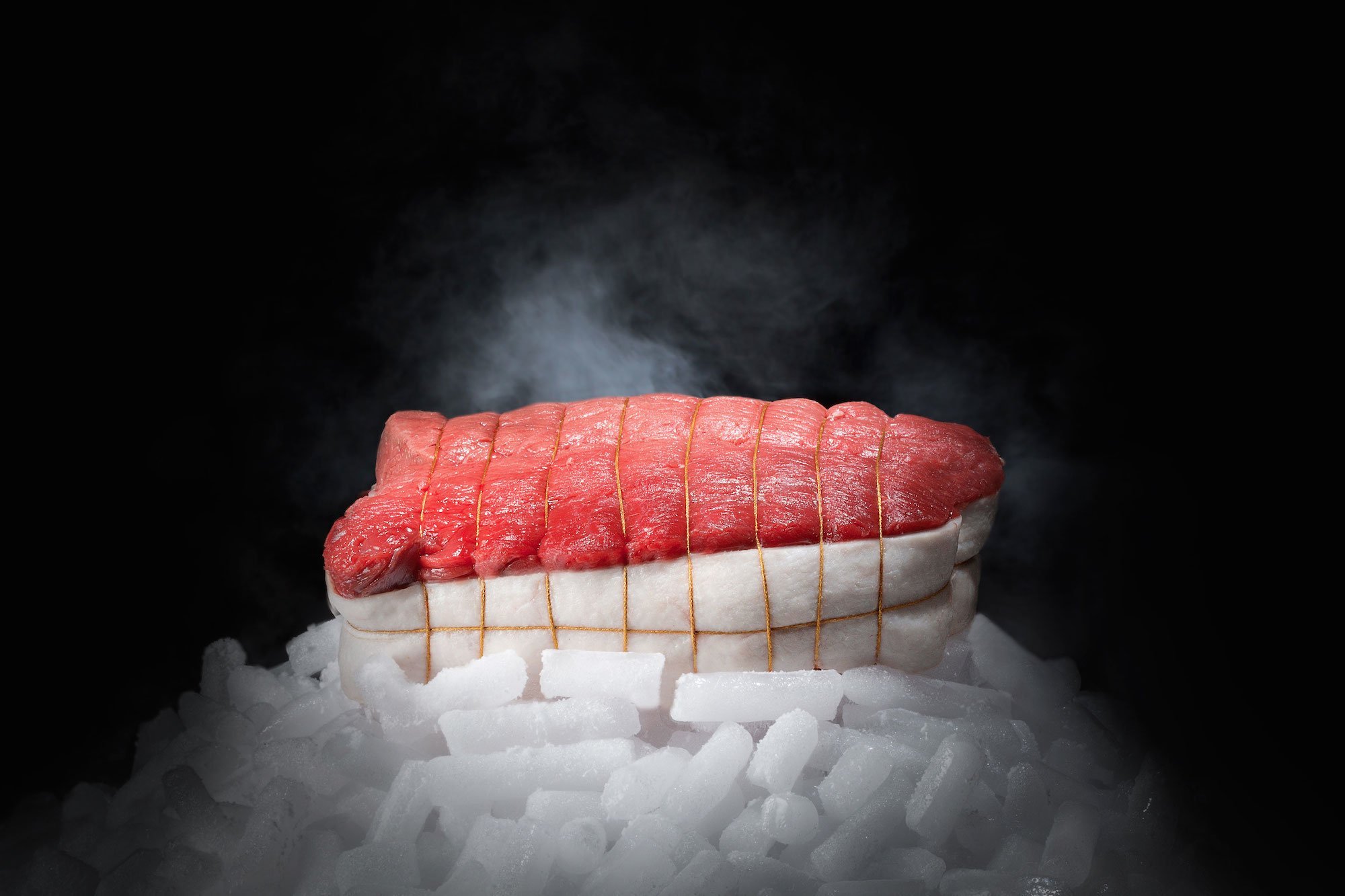 A standard question if you’re deciding on wine in a fine restaurant — but unheard of if it’s beef you’re ordering.

That’s because only one butcher in the world, Frenchman Alexandre Polmard, offers (arguably) the ultimate in unique — and expensive — meat.

The young farmer, breeder and butcher is the sixth generation to work in the eponymous family business, which was founded in 1846.

The business truly distinguished itself in the 1990s when Polmard’s grandfather and father investigated and ultimately introduced a meat treatment called “hibernation.”

The way it works is cold air is blown at speeds of 120 kilometers per hour over the meat in a -43 C environment.

This allows meat to be kept for any length of time — and, according to Polmard, with absolutely no loss of quality.

The breed of cattle in question, rivaling the most expensive and exclusive global names in beef such as Black Angus and Kobe, is called Blonde Aquitaine.

Polmard and his family raise them outside the small town of Saint Mihiel in the Meuse region of Lorraine, northeastern France.

“My family wouldn’t dream of raising animals in sheds where they have no space or room to roam,” he says.

“Here they are in the open air, living in forests and on parkland. There are shelters they can choose to visit in case it rains or snows. It’s really five-star accommodation!”

Polmard says he talks to his animals daily, ensuring their lives are as comfortable and stress-free as possible — even when it becomes time for them to end.

Increases in a cow’s stress levels as it enters an abattoir cause a subsequent spike in levels of glycogen and lactic acid — and that means a loss of tenderness and, ultimately, flavor.

Polmard is therefore investing a million euros in an abattoir at his farm in which only four cows will be killed per week — and in a unique setting to keep stress levels to an absolute minimum.

The results are tangible.

“All the love and attention we give our animals comes through on the plate when you taste it,” he says.

“They really are unique.”

Fans of fine food seem to agree and are flocking to the Polmard boucherie in the heart of Paris’ St. Germain des Pres quarter.

It looks more like a jewelry shop or vintage wine merchant than a butcher shop, the cuts and charcuterie displayed in wooden drawers with handwritten labels, all in a dark, dramatic interior.

Polmard sells only beef from its farm, most of which has been aged between 28 and 56 days.

But it’s the vintage “millesime” beef that’s so revolutionary.

“I wanted to recreate the world of wine and shake up traditional butchery, seducing people once again to eat beef by offering them something exceptional,” says Polmard.

Available to only a handful of chefs worldwide

Despite the eye-watering price tag, customers put their names down months in advance to try to reserve some of the rarest, most aged cuts.

As with wine, different vintages of beef have different tastes and attributes.

When it comes to restaurants, Polmard only entrusts his ultra-exclusive and expensive vintage beef to a select handful of chefs around the world.

Before he does so he pays them a personal visit to ensure they understand the nuances and subtleties involved in his meat, the likes of which have never been seen before.

Arguably the chef he trusts most anywhere around the world is fellow Frenchman Fabrice Vulin at two-Michelin-star restaurant Caprice in Hong Kong’s Four Seasons Hotel.

A temple to fine French dining, it overlooks Hong Kong’s Victoria Harbour and is filled with crystal and marble.

Such a unique meal deserves a unique venue, so the recent seven-course lunch celebrating Polmard’s 15-year-old beef is served at Caprice’s chef’s table, which looks onto the kitchen and sits within the restaurant’s famed wine room and adjacent cheese cellar.

From the rumpsteak served vitello tonnato style (sliced thin with autumn truffles) to the beef tartare with Laphroaig whisky and Oscietra caviar, this is one extraordinary meal.

The four privileged diners go silent as Vulin brings over the enormous cut, before he deftly and expertly slices it, revealing almost no marbling or fat in the ruby red and pink flesh.

As chef Vulin explains, what sets the taste apart is the gentle acidity and a texture like no other — you barely even need a knife to cut it.

The full bookings at Caprice for the meal — and the waiting list for orders at the Polmard boucherie — would suggest so.