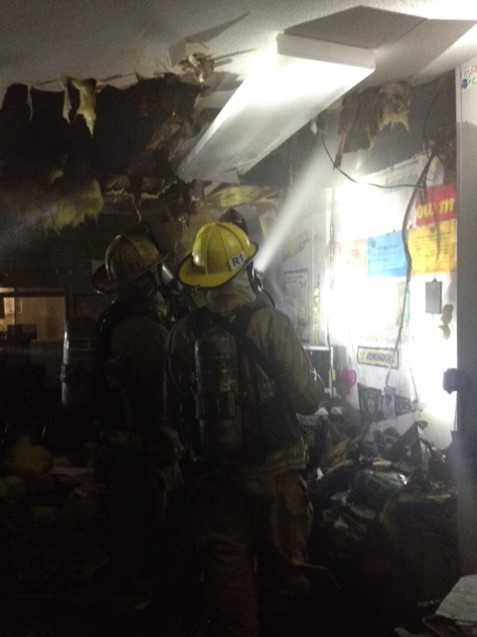 According to a city spokesman, the Suffolk Fire Department responded to the fire at the school off William Reid Drive shortly before 5 p.m.

The fire was contained to one of the mobile classrooms behind the elementary school and took about 20 minutes to get under control.

Most of the damage was to the interior ceiling, as well as school supplies in the unit. Dominion Virginia Power responded to the scene and pulled the meter from the classroom.

The classroom is used by 5th grade students in Mr. Maurice Huff’s class and was most likely caused by the heating/air conditioning unit, according to the school division and firefighters.

Mr. Huff’s class is being relocated to inside the building and there will be no changes to the school schedule on Monday because of the fire.