Norfolk, Va. – Jeannie Simms and Ije Ajemba have been reinstated to play basketball for the Old Dominion Lady Monarchs team after being placed on indefinite suspension. 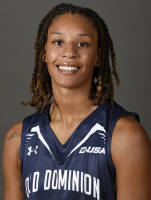 Jennie Simms, the team’s leading scorer, and Ije Ajembra, the team’s starting center, were reportedly involved in a fight while the team was in the U.S. Virgin Islands for a tournament over Thanksgiving break.

Coach Karen Barefoot and the University immediately disciplined the players. They did not play in the last game of the tournament.

The team posted a 2 – 2 record while the two were suspended.

The two were reinstated over the weekend and have been practicing for Tuesday’s game against the University of Maryland Eastern Shore.

Simms is expected to start in the game, but Ajemba is battling a cold and team officials have stated she will not play in the game.