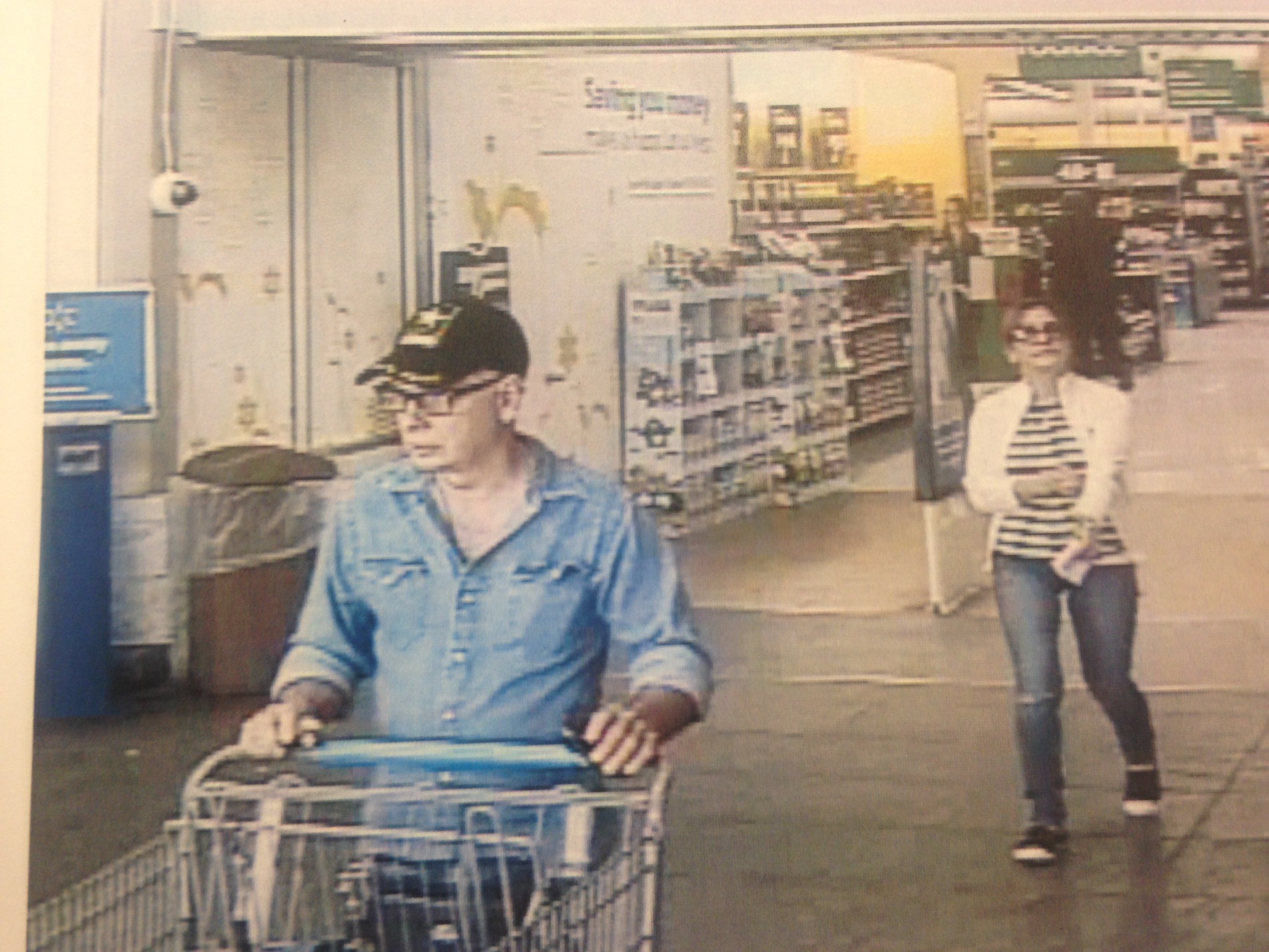 Suffolk, Va – Police need your help identifying two people that may be involved in a credit card skimming scheme.

A man and a woman were seen using multiple stolen credit cards to buy gift cards at the Walmart on North Main Street and in Franklin on December 15.

The suspects are described as a white male and female in their late 40’s to late 50’s. Both were wearing dark-rimmed glasses.

Credit card skimming has appeared to increase recently. In July 2015, three people a were arrested in Franklin after a skimmer was  used to steal credit card information from more than 20 people.

Norfolk police are still trying to track down two men believed to have attached skimmers to ATM’s at three 7-Eleven’s in the city.

When calling Crime Line, callers do not have to give their names or appear in court.

Citizens can also utilize TipSoft to anonymously submit crime-related tips through the Web, a text message, or from any Android or iPhone mobile device with the TipSubmit mobile app.  Tips can be submitted by visiting www.suffolkva.us/crimelinetips, or by texting the word “CRIMES” (274637) with the keyword SPDVATIP.  TipSoft also supports users’ ability to submit videos or photos using the TipSoft mobile app. If information leads to an arrest, the caller or “tipster” could qualify for a reward of up to $1,000.

Scam Alert: How to avoid getting scammed by skimmers

Got a new credit card in the mail? Here’s why