Man charged with reckless driving after six-vehicle crash on Rt. 17 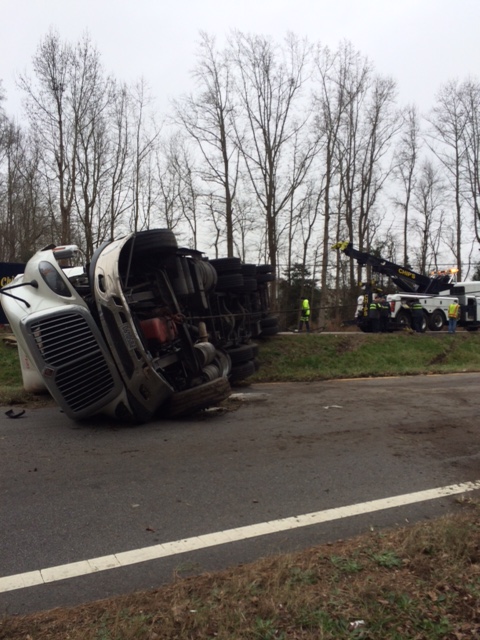 Carrollton, Va. – A man has been charged with reckless driving after a six-vehicle crash on Rt. 17 on Friday morning.

According to Virginia State Police, a 2012 Toyota Tacoma driven by Eric W. Blair of Smithfield, was traveling northbound on Rt. 17 when Blair made a sudden lane change to avoid vehicles in traffic. When he made the lane change, Blair ran a tractor-trailer off the roadway.

The driver of the tractor-trailer, Darius E. Vaughan, attempted to swerve to avoid a collision, lost control and overturned. The tractor-trailer hit two other vehicles in the process as it was overturning.

Blair attempted to avoid hitting the tractor-trailer, overcorrected, and hit two other vehicles in the process.

Blair was charged with reckless driving, with speed playing a factor.

The road has since reopened to traffic.