‘Like coming back to life’ says child soldier who escaped ISIS

GWEYR, Iraq — “Nasir” is one of the lucky ones. He managed to escape from the grasp of ISIS, which was training him to be a suicide bomber. He is just 12 years old.

The boy is now reunited with his mother at the Esyan refugee camp in Kurdistan, home to almost 15,000 Yazidis fleeing ISIS. He’s asked CNN not to broadcast his face or voice, or to disclose his real name.

“There were 60 of us,” Nasir says. “The scariest times for us all were when the airstrikes happened. They’d lead all of us underground into the tunnels to hide. They told us the Americans, the unbelievers, were trying to kill us but they, the fighters, they loved us. They would look after us better than our parents.

“When they were training us they would tell us our parents were unbelievers and that our first job was to go back to kill them.”

The use by ISIS of child soldiers has been well documented. Last week, for example, a new propaganda video was released featuring an English-speaking child. But the reality behind the headlines is even more horrifying.

The indoctrination that Nasir received was similar to that which all captive children like him had to undergo. His ISIS handlers would tell him they were now his only family. 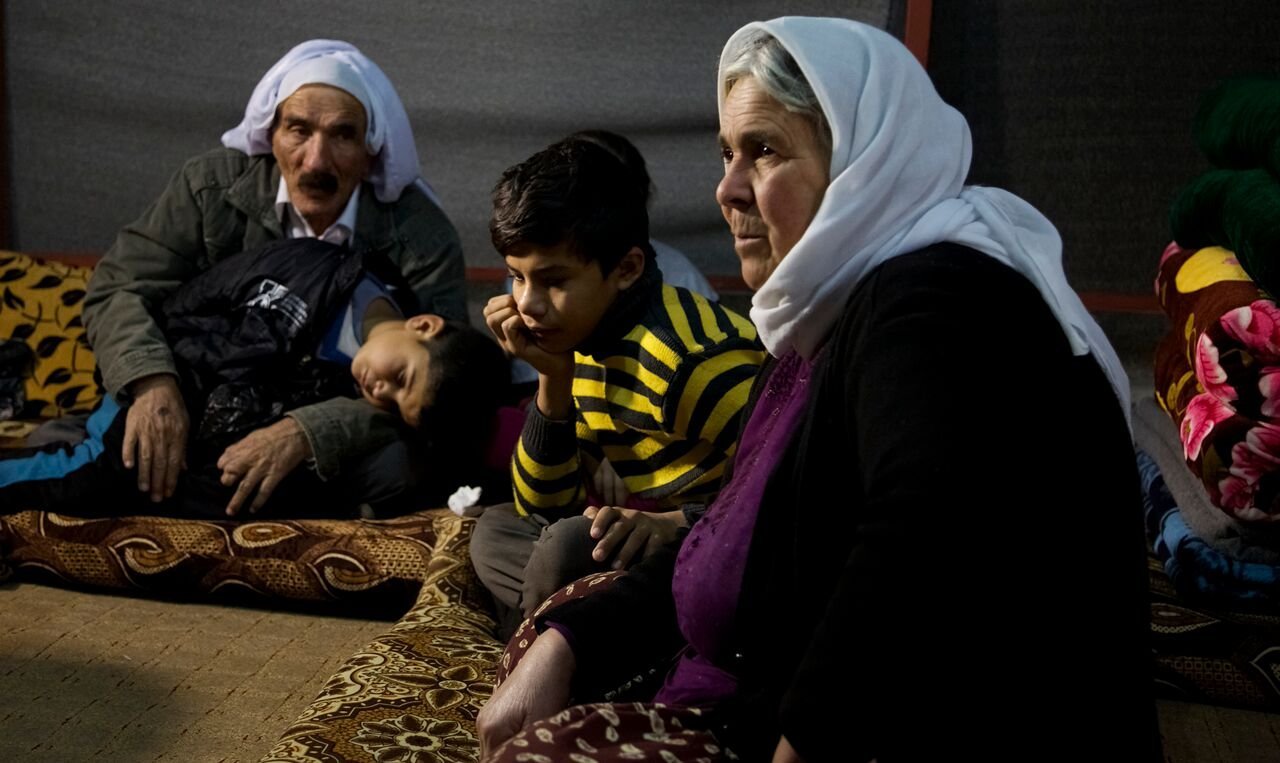 Nasir says the youngest of the boys was just 5 years old — and none of them was exempt from the grueling training carried out by the so-called “cubs of the caliphate.”

“We weren’t allowed to cry but I would think about my mother, think about her worrying about me and I’d try and cry quietly. When we escaped and I saw my mother again, it was like coming back to life.”

Nasir, who is now back at school, escaped after he was featured in a propaganda video made at the Al Farouq Institute in Raqqa, Syria, which ISIS claims is their main child soldier training facility.

In the film, spread out on either side of an ISIS trainer, blank-faced rows of children sit in a line.

One boy shakes visibly. Others are unable to raise their gaze. “To jihad to jihad,” they chant.

And “By god’s grace,” the instructor says, “in the coming days, they will be at the front lines of the fight against the non-believers.”

Aziz Abdullah Hadur, a Peshmerga commander, says that those who reach the relative safety of the Gweyr frontline, in northern Iraq, are in a desperate state.

“When they arrive to us they’re so skinny, they barely look human,” he says. “They tell us they’ve been living in a hell.”

Hadur says he and his Kurdish fighters must sometimes open fire on children who have been sent by ISIS to attack the line, one of the most fiercely contested battlefields in northern Iraq. The jihadists’ positions lie meters away across a broken bridge over a river.

“Many times when we are facing ISIS, we see the children at the front line and they’re wearing explosive vests. They are brainwashed,” Hadur tells CNN.

The Peshmergas have little time to think. “We don’t know when they approach our positions whether they’re really escaping or they’ve been sent to kill us.

“When they make it through our lines they kill our fighters. It’s an unbelievably hard decision. You don’t know what to do because if you don’t kill them they’ll kill you.

Hadur’s dilemma is a growing one for Kurdish fighters as ISIS sends more child soldiers into battle. U.S. military sources tell CNN this is partly because the jihadist group is coming under more military pressure — but ISIS also revels in portraying its brutal tactics to the outside world, and will be aware of the revulsion many feel about the use of children in war.

Another who escaped from their clutches is 11-year-old Nouri, who was abducted with his family and taken to the ISIS camp in Tel Aafar, northern Iraq. When he refused to join the other boys for training, ISIS fighters broke his leg in three places.

He’s one of the lucky ones though: when his leg healed, he could only limp. ISIS deemed him “useless,” but rather then shoot him they allowed his grandmother to come and carry him home.

His 5-year-old brother Saman was also released. Repeated beatings at the hands of ISIS fighters have utterly traumatized him.

He wakes up screaming in the night and suffers from seizures. As CNN speaks to his grandparents he jumps and asks first one, then the other: “Are you going to beat me?”

Their parents and baby brother remain in captivity.

“They asked us to come with them for the training. At first we refused to go because we were afraid. They asked me to go to the mountain and I refused again, then they broke my leg. That saved me. The other children were taken by force.”

His grandmother Gowra Khalaf tells us that Nouri stays home. “He doesn’t really go anywhere. Just sits in the tent close to me.”

Nouri speaks in a low voice, stopping to take deep breaths between short sentences. He stares at the ground. This is difficult for all of them to remember.

The absence of their parents is another burden. Outside the rain loudly beats down on the roof of the tarpaulin tent. Even that’s too much for Saman, who crawls, terrified, on to his grandfather’s lap.

“They have suffered so much. Can you imagine a 12-year-old child or a 10-year-old or an 8-year-old dragged from their mother by force, taken to military training camps, forced to carry weapons, forced to convert to Islam, told everything they grew up believing is apostasy, that their parents are unclean ‘unbelievers?'”

One child in the camp refused to let anyone cut his hair even after fleeing ISIS because he had been told he couldn’t do that. “Some children are startled if they even hear the word ISIS. They have seizures just hearing that word. These are all catastrophes.”

There was now an urgent need for psychological support for the youngsters, Zedo said. “We just don’t have the capacity here,” he said. “These children have been forced to carry weapons, forced to kill innocents. What does that do to a child? What does that to do his family? To his community?

“We need the world to help us. We can’t do this alone.”