Firefighters were called to the duplex in the 2100 block of Des Moines Avenue just before 6:00am.

Fire officials say the fire started in the upstairs unit but do not yet have a cause.

Everyone made it out safely.  No one was injured.

Crystal Mann was among the 6 people who made it out. She said she was sleeping in her downstairs unit when her neighbor came banging on her door.

She had time to grab her kids and a couple of blankets. Despite the devastation to her home, she says there's a brighter side to look to.

"I was able to get everyone out. Everyone is safe. I would rather be cold than not alive," said Mann. 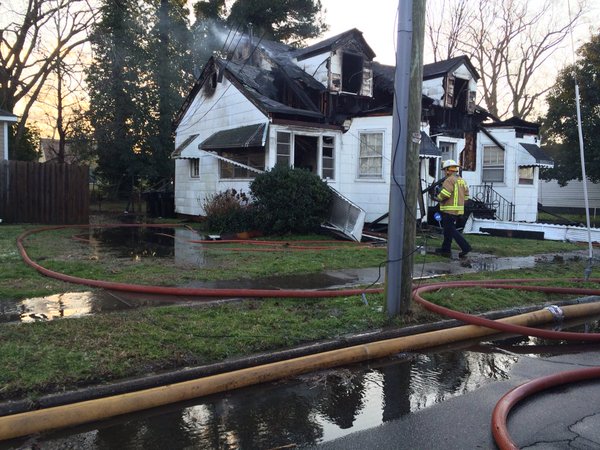