enforcement community only and will be held at the Norfolk Police K9 Range.

An internment with full honors by the Norfolk Police Honor Guard will follow at the Garden of the Pines Pet Cemetery in Virginia Beach.

Officer John Michener explains why he drove all the way from Willingboro, New Jersey for Krijger's funeral. @WTKR3 pic.twitter.com/ib4RoQdORr

Krijger was killed on Monday, January 11th after police say an armed, barricaded suspect shot and killed the him while police were trying to arrest him.

Krijger, which means “Warrior” in Dutch had served 3 years with the Norfolk Police Department.

Chief Michael Goldsmith spoke exclusively to NewsChannel 3 about the impact it has on the department.

“This is about as bad as it gets for a K-9 officer, to watch their partner go down in the line of duty,” said Chief Goldsmith. “While he may not have raised his paw and swore and oath, he is still a part of our police family.” 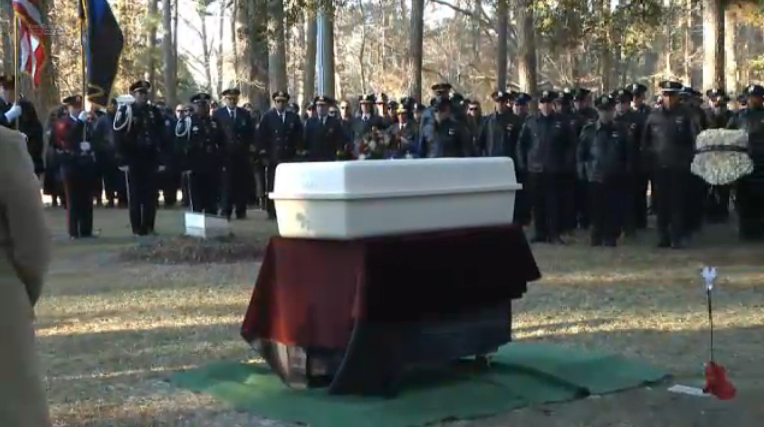