Surry County, Va. - Firefighters battled a huge fire at a warehouse at Edwards Smokehouse on Rolfe Highway on Tuesday.

The media learned the fire was under control at about 9 p.m., but no fire or EMS officials were able to provide more information.

The building was fully engulfed by the fire with smoke showing, according to Emergency Services Coordinator Tamara Arthur.

Still a ton of smoke coming off a building in Surry County @WTKR3 pic.twitter.com/g5P9ucoLEa 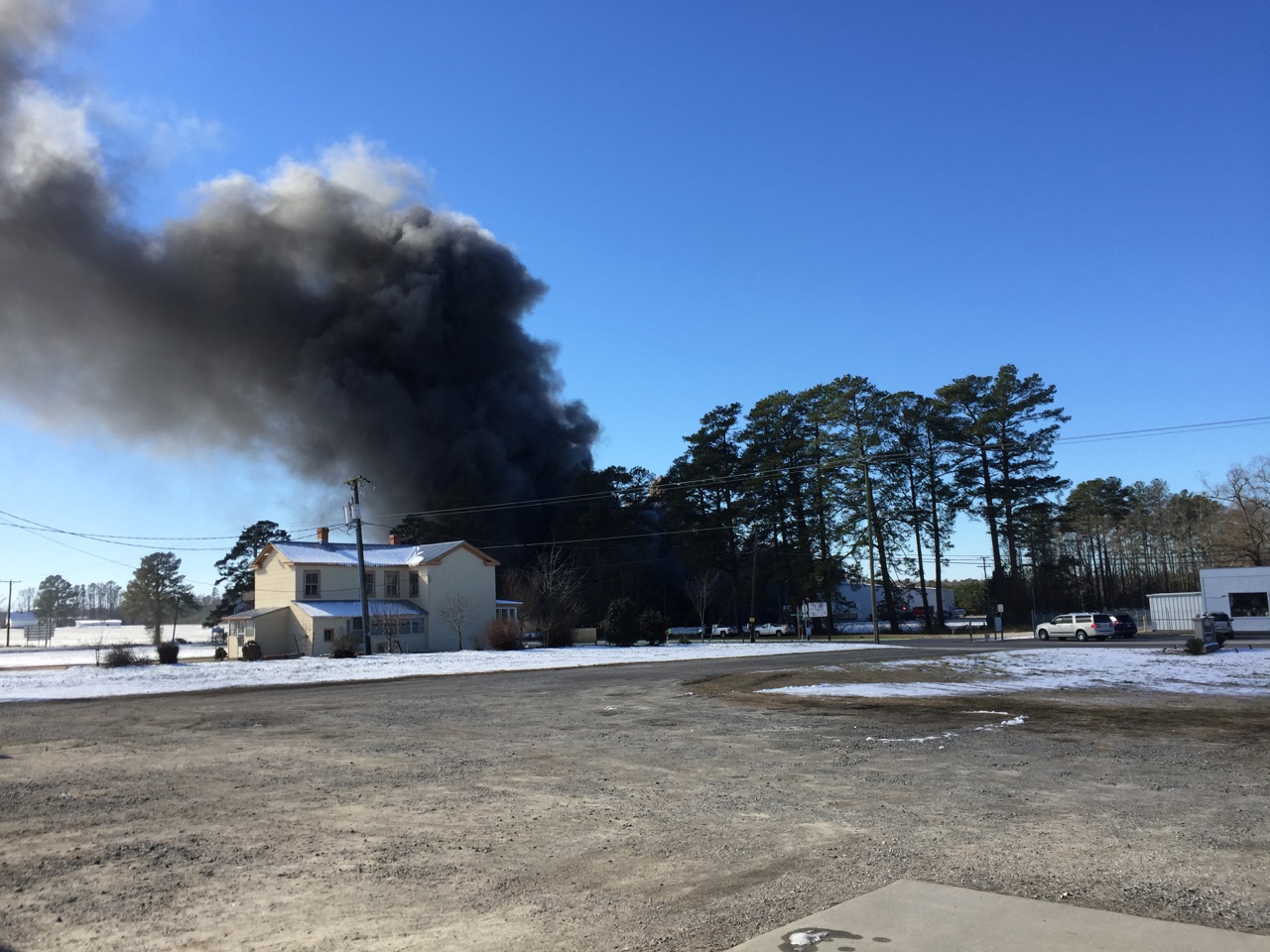 Crews have cleared the building and say no one was inside. No firefighters have been hurt.

Reports of explosions were heard after the fire started, but an employee tells NewsChannel 3 it may have just been from the crackling of electrical wires.

Crews brought in water from a nearby creek. With the below freezing temperatures, some hydrants were freezing.

We will be closed until further notice while we assess the damage. Thank you to first responders & all who have expressed support! (2/2)