UPDATE: All lanes have now reopened.

Chesapeake, Va. – All westbound lanes of I-64 are blocked at the Great Bridge Boulevard exit in Chesapeake due to a crash.

Virginia State Police were called to investigate a three  vehicle crash on I-64 E around 2:45 p.m. 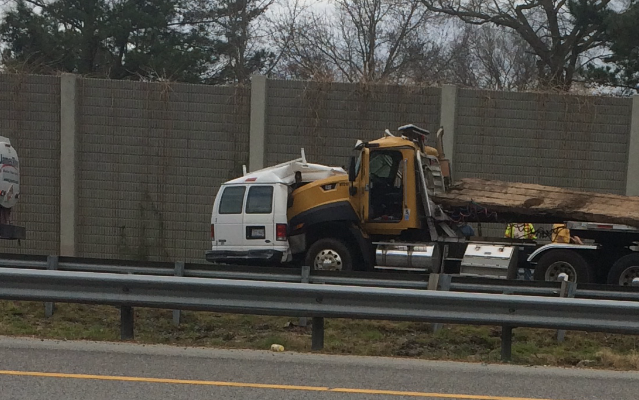 One of the tractor-trailers involved in the accident lost its load.  The roadway is shut down until debris can be cleared from the roadway.

The driver of the van has non-life threatening injuries. Troopers are still on scene investigating.

Motorists are advised to expect major delays and to use an alternate route.

Beat the Backups with our interactive traffic maps.