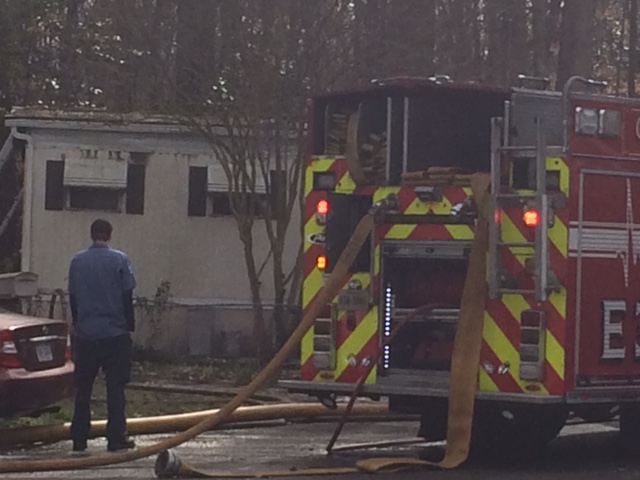 Fire crews were on the scene of a mobile home fire in the Indian River section of Chesapeake on Wednesday.

Assistant Fire Marshal Scott Saunders says one man was hurt and a family cat is unaccounted for.

Firefighters arrived to the 1900 block of South Military Highway just after 10 a.m.

When crews arrived, they saw flames coming from the mobile home.

The fire was under control at 11 a.m.

The injured man was taken to the hospital with burns to his hands.

The man, along with his family of five, are displaced. The Red Cross has been contacted to help the family.