Norfolk, Va. - Firefighters were at the scene of a four-alarm fire at a three-story condo building in the Willoughby Spit area of Norfolk on Saturday night.

Crews are still investigating the cause and exact origin of the fire.

According to Battalion Chief Julian Williamson, there were at least four condo unit buildings involved. There may be a fifth building as well.

He says approximately 16 to 20 individual condo units were damaged. They estimate about 30 families were affected as well.

Cynthia Wentworth is among the number of people displaced, but she says she is lucky to be alive.

" I heard a banging on my sliding glass window and it was my neighbor, and she was hollering 'Cindy, Cindy, wake up there's a fire!'"

Wentworth only left with the clothing on her back. She says her beloved cat, Emma, ran off.

"I'm just worried about her she's only got 3 legs," she says.

PLEASE SHARE: Willoughby woman says her cat, Emma, ran off during yesterday's fire. She has not seen her since. pic.twitter.com/e4n4PiAYLd

Fire officials say several people were rescued from the units when they got to the scene. One person was taken to the hospital for smoke inhalation.

Chief Williamson says at least 63 firefighters were on scene, along with Navy regional.

The American Red Cross also set up a service center in downtown Norfolk on Sunday for the fire victims.

Those who were not able to attend the service center can still call 1-800-RED-CROSS for assistance.

So far, they have several bags of clothing and at least $1,150 in monetary donations.

"I believe in my heart of hearts, we will have enough for people to get their start," says Boone.

They are still in the process of seeing what they can do to help those affected. In the meantime, they will be collecting at their office from 9:00 AM to 6:00 PM on Monday. Gift cards, checks, and monetary donations are especially helpful at this time.

You can also donate through a GoFundMe page. 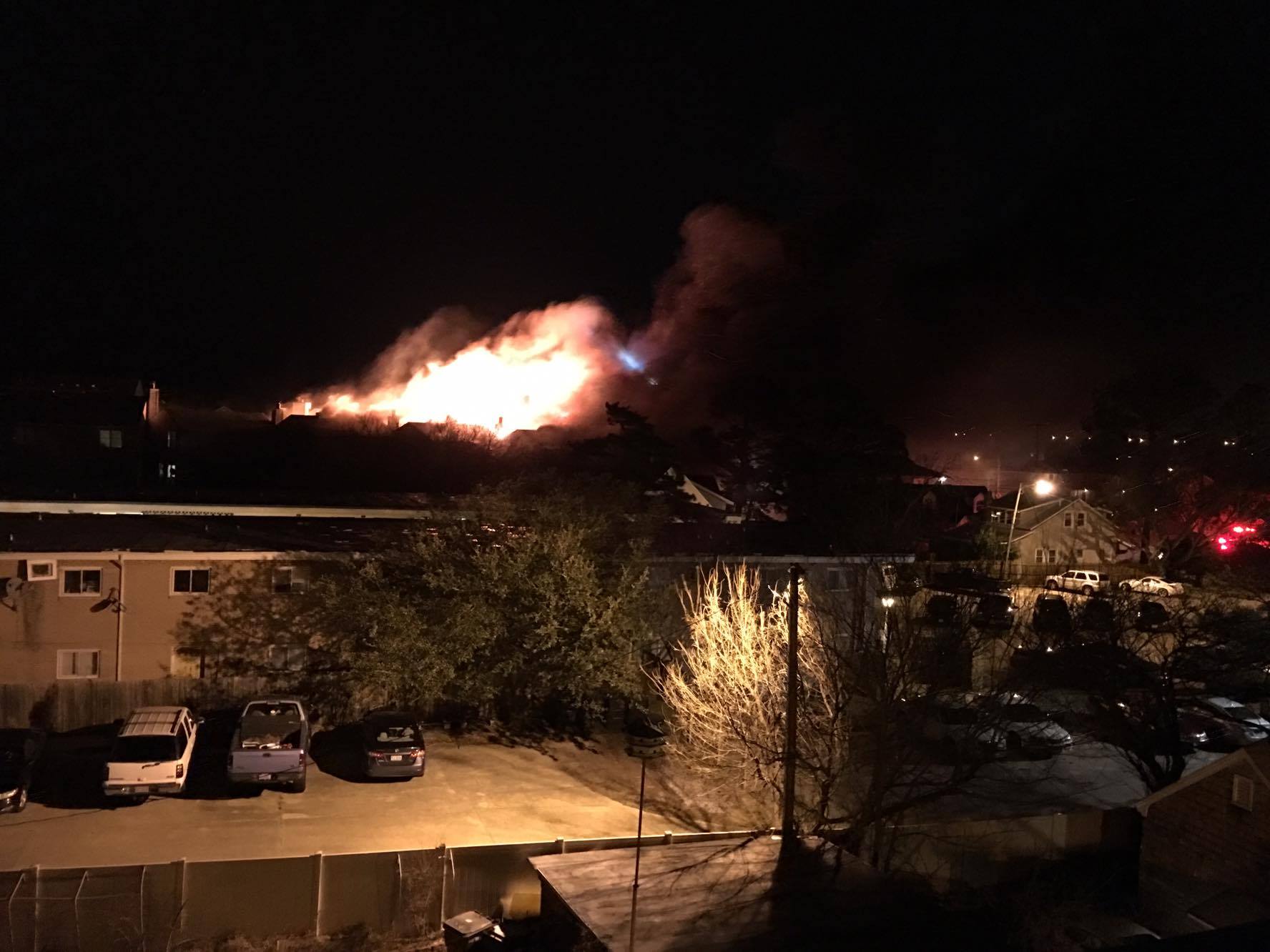