One hospitalized, 10 displaced after two-alarm fire in Virginia Beach

One hospitalized, 10 displaced after two alarm fire in Virginia Beach

Virginia Beach, Va. - A two-alarm fire at an apartment building in the Linkhorn Bay complex has 10 people without a home.

The fire was reported to emergency dispatchers at 3:30am. When crews arrived they found heavy fire on three floors of the building.

Everyone was able to make it out safe, but one person had to be taken to the hospital for breathing in too much smoke.

Investigators say six apartments were damaged in the fire. Two of those six units were completely destroyed.

Neighbors say that some residents had to climb down from their balcony poles to avoid the flames.

Investigators believe that the flames started on the balcony of an upstairs unit.

Danny Longoria describes what happened as the flames started to build at apartment building @WTKR3 pic.twitter.com/jeesStkj3M

10 occupants were displaced by the fire. The Red Cross has been called in to assist them and the property manager is also assisting. 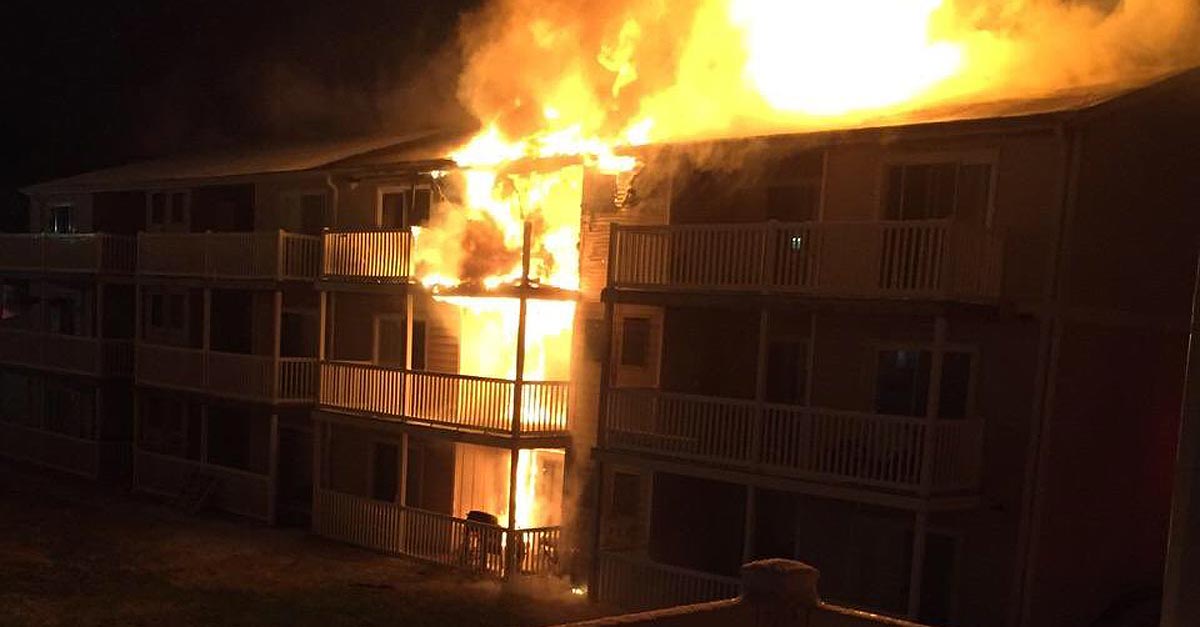